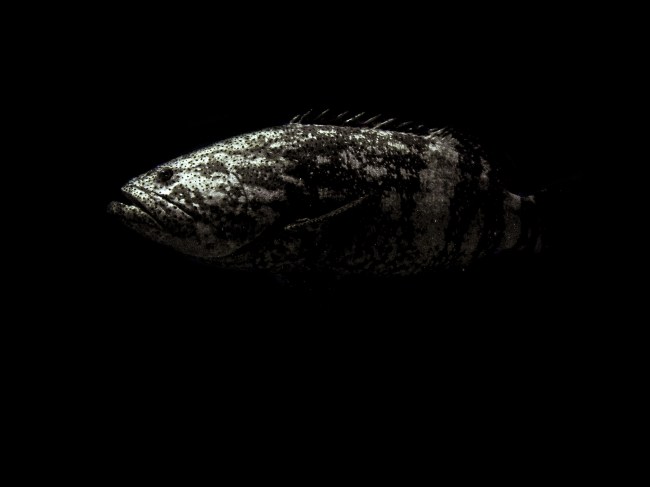 I can envision someone sitting on a wooden barstool in a dusty dive bar in the Florida Keys trying to tell someone who they managed to land a 450-pound Goliath Grouper that pulled them overboard and stole the rod after the rod got snagged on the anchor which they discovered using a diving mask only to pull in the anchor, recover the rod, and reel in the fish to claim glory. And the person sitting next to whoever was telling this ‘fish tale’ would’ve thought they were completely full of it.

That scenario seems much more probable than what actually happened. That those events I just described unfolded exactly as I mentioned and it was caught on camera by the Chew On This YouTube channel.

They were fishing for Goliath Grouper and a 450-pounder pulled the angler overboard and took the rod with it. But that rod got snagged on the boat’s anchor. After recovering the rod they were able to fight the fish all the way up to the boat in a clip that really should be featured on a fishing TV show at some point because it’s that outlandish.

Chew On This has released two clips. The first (shorter) one shows all the quick action as it unfolds and the second video down below is an extended version where he also tells the story of how it all went down. This all went down in Cape Coral, Florida. The angler was celebrating his 30th birthday with his girlfriend, a nurse who was taking a break from the hospital. And they were fishing in 40-feet of water.

Here’s the longer clip with the story to go along with the action:

Goliath Grouper regularly grow up to sizes like this throughout the state of Florida because they’re a protected species that anglers cannot keep/harvest. They show up on a reef and eat everything in sight before moving onto the next reef.

To see just how big these Goliath Grouper can get, here’s a clip of weightlifting’s ‘strongest men’ struggling to reel these fish in and here’s another clip o fa 500-pounder swallowing a shark.