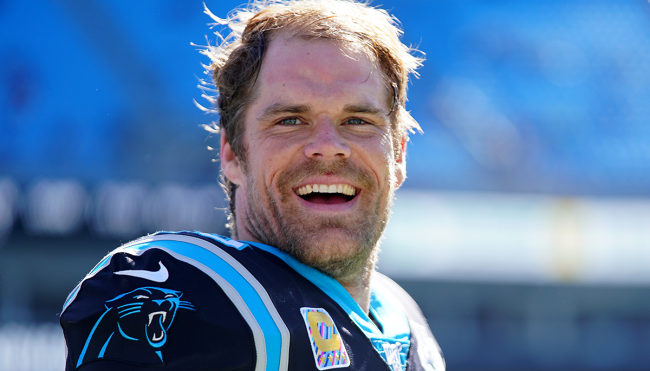 Sports have an impressive ability to foster an equally impressive amount of irrational hatred and animosity toward opposing teams and players, but the world of athletics is also a regular source of reminders of why the phrase “some things are bigger than sports” is as true as it is cliché.

Franchises and the communities they foster routinely rally around some incredibly admirable causes that often transcend fandom and can be the source of support for the people that need it most. That includes the case of Greg Olsen’s son T.J., who has spent eight years of his life battling a congenital heart condition.

Last month, the former Panthers tight end announced T.J. had been hospitalized and was in desperate need of a heart transplant.

Unfortunately, it seems his heart is reaching its end. We are currently working through the process to determine our next steps, which ultimately could lead to a heart transplant

On Friday, he shared some incredible news when he revealed they had managed to find a donor and that T.J. was heading into surgery to receive a new organ.

On Monday, Olsen shared a video of his son recovering in his hospital bed in which T.J. thanked everyone who’s been rooting him on for their support and prayers during the unimaginable ordeal.

Someone has an update pic.twitter.com/L1Zk2AgHpd

As Olsen mentioned, T.J. has a long road to recovery, but he is in very good hands at Levine Children’s Hospital in Charlotte, a facility that received a $2.5 million donation from Olsen and his wife in 2019 for the creation of a wing devoted to pediatric cardiac care.

Keep fighting the good fight, T.J. We’re rooting for you.