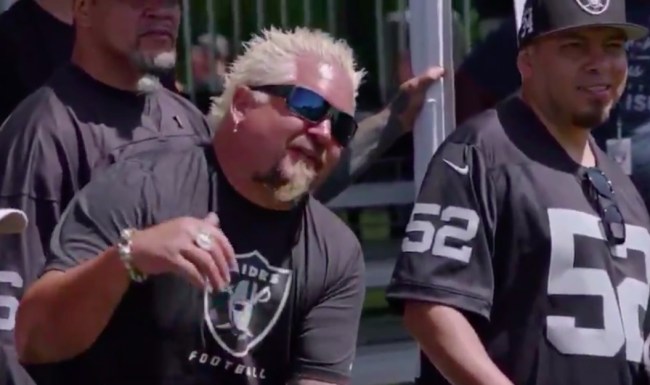 When the most recent NFL season came to a close, a total of five teams were eligible to appear on the beloved tradition that is HBO’s Hard Knocks, the documentary series that sheds some light on the inner-workings of the league’s most hapless teams.

There might have been multiple names on the list of contenders, but when it was initially revealed, there was one in particular that jumped out more than any of the others: the Oakland Raiders.

There was no doubt getting to watch Jon Gruden trying to reverse the team’s fortunes after a 4-12 season would be appointment viewing and the addition of Nathan Peterman and Antonio Brown only sweetened the pot so I was naturally thrilled when we learned the Raiders would indeed be featured on this season of Hard Knocks.

Before the first episode aired on Tuesday night, we got our first taste of what was in store courtesy of a clip in which Antonio Brown’s son asked his dad why the hell he was catching passes from Derek Carr instead of Ben Roethlisberger.

Hard Knocks with the Oakland #Raiders premieres tonight at 10 pm EST on HBO.

Based on what I’ve seen this morning, it appears most people agreed that the highlight of the premiere was Gruden’s fiery speech about being “into fucking nightmares.”

However, those people apparently forgot about Guy Fieri, who rolled up to training camp much to the delight of Richie Incognito.

A @GuyFieri and Richie Incognito cooking show would be must watch TV. #HardKnocks #Raiders pic.twitter.com/4LwW3NeiCL

The culinary Twitter master had posted a Photoshopped image of himself prior to the first episode but I didn’t expect him to actually make an appearance on the show itself.

Hey @raiders – wanna spice things up for #HardKnocks this year? I’m available if ya need to pickup a Flavor Coordinator 🏈🎧 pic.twitter.com/rALXP4ESPr

It’s a shame Hard Knocks decided to kick off the season with a Guy Fieri cameo because things can really only go downhill from here.