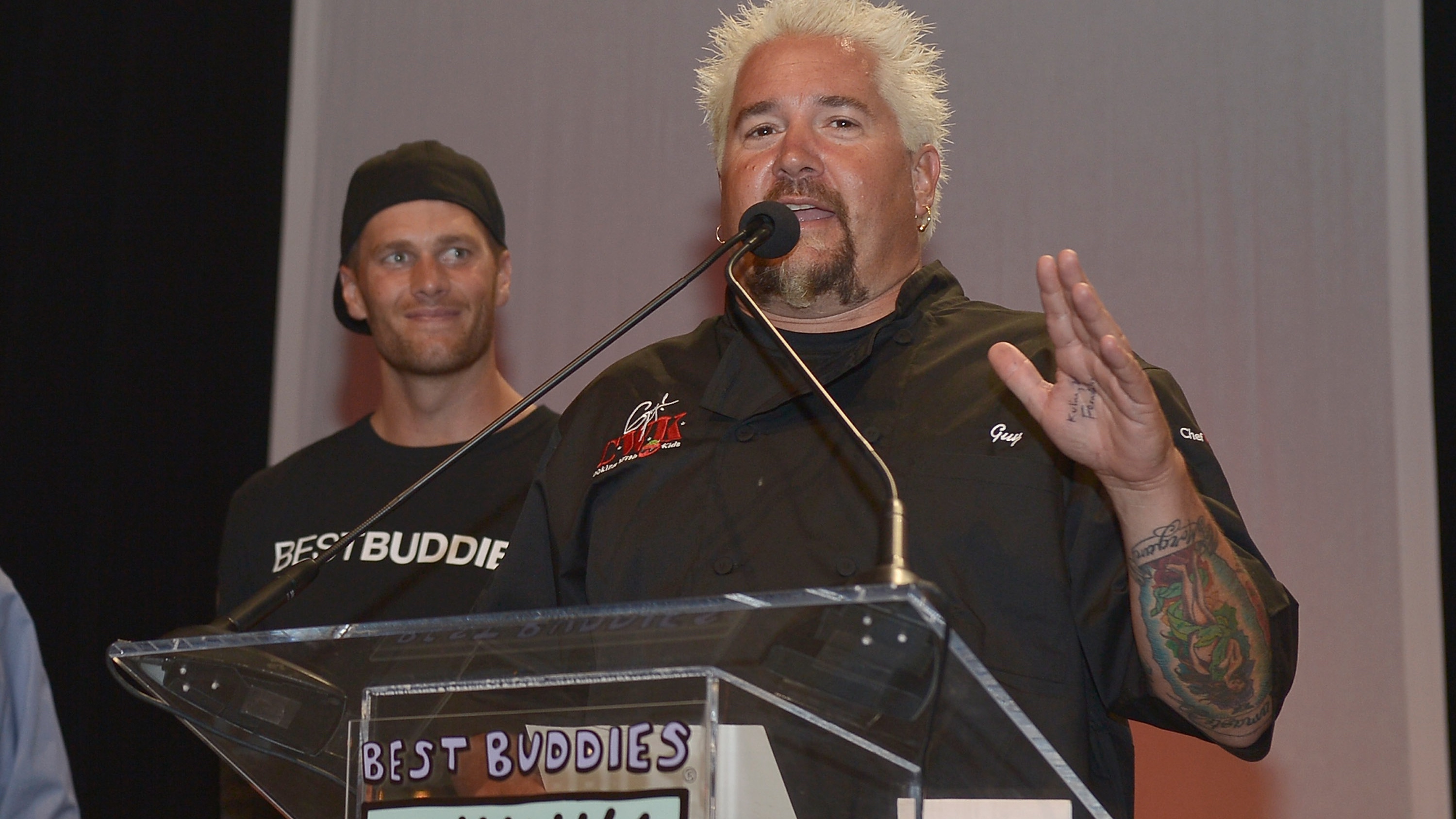 The free tailgate party will take place in Glendale, Arizona and will be his first there. Guy Fieri’s Super Bowl tailgate will be the culmination of years of outdoing himself.

While speaking about this year’s Super Bowl 57 tailgate party that will feature performances from Diplo and Locash, Guy Fieri gave tips on perfecting nachos for a Super Bowl party.

Fieri then predicted where Tom Brady will play next year and appeared to manifest it out of thin air.

Guy Fieri Predicts Where Tom Brady Will Play Next Season

At the 4:20 mark of the interview on TMZ Sports‘s YouTube, Guy Fieri predicts where Tom Brady will play next season:

Guy’s prediction isn’t a shocker. He’s a diehard Raiders fan and has stuck with the Raiders after they left California for Las Vegas. But he’s also a longtime Tom Brady fan. Guy Fieri seems optimistic that Tom Brady will play for the Raiders next season.

Fieri then praised Tom Brady’s health. He also mentioned that Tom ‘owes (him) a cookbook’. The two are ‘best buddies‘ according to Guy’s characterization of their friendship, a few years back.

For anyone who will be in/near Glendale, Arizona for the Super Bowl you can score free tickets to Guy Fieri’s Super Bowl party. You will need to go visit his website to grab one.

He expects they’ll reach capacity at some point so squatting on a ticket is recommended. And for any ballers out there, Guy Fieri is offering a $400 VIP option with food, drinks, and table service all curated by Guy Fieri.

The Mayor of Flavortown recently chatted with Insider during a conversation where said he changed his tune on the shirt previously said he despised, saying:

“The fact that people love it, I love it. As long as I’m putting a smile on somebody’s face, as long as it’s making positive energy, that to me is great.”

However, he also shared a pretty devastating development after admitting he has no clue what happened to it, saying, “I don’t even have it. I don’t even know where it is.”

I can’t think of a better jumping-off point for National Treasure 3.

READ NEXT: Guy Fieri Shares Why He Routinely Rocks Sunglasses On The Back Of His Head