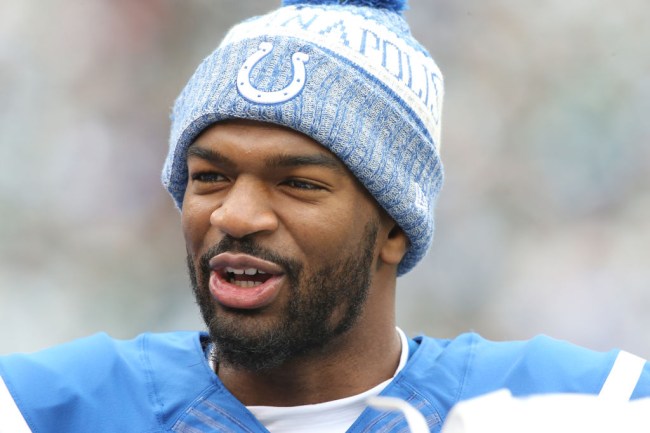 A couple of years ago, Kyrie Irving joined the ranks of B.o.B and mud-covered villagers from the Dark Ages when he opened up his third eye and came to the conclusion that the Earth is flat shortly before he doubled down by suggesting dinosaurs never actually existed.

The former Celtic—who may or may not be a member of a New Age alien cult—would eventually come to terms with reality after realizing conspiracy theorists on Instagram might not be the most reliable source of information (although the same can’t be said for Geno Smith).

However, it appears a new athlete may have taken up the torch as far as skepticism is concerned.

You may remember when Jaden Smith burst onto the scene in a big way a while back by channeling his inner Jack Handey by tweeting out “deep” thoughts about the nature of existence that managed to twist plenty of minds into a pretzel.

Every 7 Years Your Body Is Completely Replaced With Entirely New Cells So Just Because You Look The Same Doesn't Mean You Are.

How Can Mirrors Be Real If Our Eyes Aren't Real

Now, we may have found a worthy successor in the form of Jacoby Brissett.

On Wednesday, the Colts’ backup quarterback took a lesson from Euripides by deciding to question everything before revealing he doesn’t really understand how outer space works.

If the sun is hot how is outer space cold ?

As Quartz explained a couple of years ago, temperature is merely a reflection of how quickly atoms are moving, and because outer space is a vacuum that’s essentially void of any molecules, there’s no way any significant heat can be generated.

It’s unclear if Brissett is actually a Sun conspiracy theorist or if he was genuinely curious about the answer, but if his most recent tweet is any indication, he might just be fucking with all of us.

Which part of the pig’s skin is actually a football ?

If you’re curious, footballs are actually made of cowhide. Don’t say I never taught you anything.