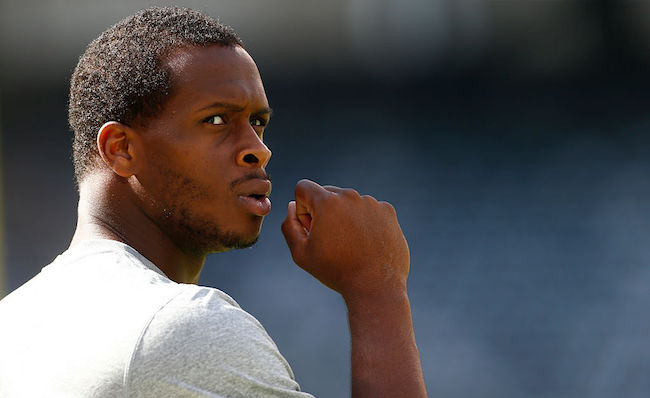 It seems like there’s been a notable uptick in the number of athletes who have been told to “stick to sports” recently thanks to an American political climate that’s about as chilly as the walk-in freezer at an ice hotel in Finland. One of the most notable examples is the unapologetically vocal LeBron James,  who was told to “shut up and dribble” by someone who claims to be a proud supporter of the Constitution after he exercised his right to free speech.

The last thing I would ever want is to live in a world where athletes aren’t allowed to speak their minds. Is this because I’m a proud supporter of the freedom of expression? Sure. But the real reason they should be able to speak freely is that if they didn’t, we’d never get the chance to learn about some of the batshit insane things they believe in.

Take Kyrie Irving, for example, who accidentally spent so much time watching Instagram videos that he convinced himself the Earth is flat (and that dinosaurs never existed…  and that Christmas isn’t real). Irving isn’t the only high-profile Flat Earther out there, and it appears the society might have a new member in the form of New York Giants quarterback Geno Smith.

This weekend, Smith decided to hop on Twitter to let the world know he thought his good friend Kyrie might, in fact, be onto something after all.

I been studying this whole flat earth vs globe thing… and I think I may be with Kyrie on this… b4 you judge do some HW but what do you guys think?

He spent a while wading through all of the totally sane and rational responses you’d expect a tweet like this to generate, proving that internet is simultaneously man’s greatest and worst invention.

He also decided to bring up the Big Bang Theory and evolution, because if you’re going to poke the bear, you might as well just use an industrial cattle prod.

How many of the people who undoubtedly know Earth is a globe also believe in the Big Bang theory & evolution?

By the end of the day, it seemed that Smith was back on Team Globe, but he left us with an important lesson about listening to other people regardless of how fucking dumb their ideas are.

Hey guys I’m glad we had this talk today it was fun lol I know how you all love to debate on Twitter so this was good… for the record Earth is a globe we know this. But why not listen to someone else’s beliefs or “truth”

Be sure to check back next weekend for some thought-provoking discussion about the melting capabilities of jet fuel.