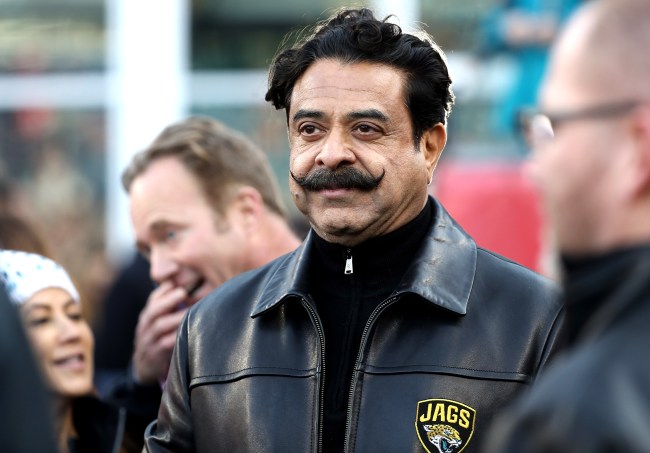 Many rich and famous people have made their voices heard during the ongoing protests following the death of George Floyd. One of those people is Jacksonville Jaguars owner Shad Khan who wrote a powerful message relating to his own experiences with racial injustice and his vow to help facilitate change.

The 69-year-old Khan, who also owns Fulham F.C. in the English Premiere League and pro wrestling organization All Elite Wrestling, was born in Lahore, Punjab, Pakistan, moved to the United States in 1967 at age 16 to study at the the University of Illinois, taking his first job as a dishwasher for $1.20 an hour.

He since worked his way up to becoming 61st on the Forbes 400 list of richest Americans, worth an estimated $10.2 billion.

Khan, who is just one of two minority team owners in the NFL and one of three owners born outside of the United States, wrote about his experiences with racism and prejudice as a minority, and as a Muslim, in America on the Jacksonville Jaguars’ website.

“The events of the past 10 days have been alarming and disheartening,” Khan began. “Alarming because we know the history of systemic inequity that brought us to this point, not only with the recent killing of George Floyd and other African Americans in our country, but also the disproportionate impact the coronavirus has wreaked in communities of color. Disheartening because this familiar sequence of killing, followed by protest and civic unrest, followed by inactivity and silence, occurs ever more frequently in our nation.

“The video capturing the final moments of George Floyd’s life offer the latest horrific evidence of injustice that is all too prevalent in the U.S. No families in this country should have to go to bed at night worrying about whether their children are going to encounter the wrong police officer in the wrong moment. No families should have to worry about their child losing their life just because of the color of their skin. Yet, they do. That should never happen in what should be, and I still believe is, the greatest nation on the planet.

“I came to the United States from Pakistan in 1967 with $500 in my pocket and faith in the American Dream. Opportunities to learn and succeed were abundant, and more than 50 years later I am forever grateful and proud to be a citizen of the United States. Nonetheless, while I pursued my goals as a student and later in the workforce, being a Muslim-American made me a frequent target of prejudice, discrimination and hatred. I won’t claim to know what it means to be a young African American today, but I can speak honestly and painfully to my own experiences as a person of color for the past 53 years in this country. Even recently, I have had people spew racist language in my presence when talking about other people of color — apparently ignorant of my ethnicity. Change for all people of color in the United States is long overdue, and it must happen now.”

Khan continued to discuss how he believes change is possible if marginalized families in poverty-stricken areas of the country are given an economic opportunity.

“My overarching goal, or mission, is to do my part to level the playing field so everyone has the same access and opportunity to achieve the American Dream, without fear or compromise,”Khan wrote. “As a member of the NFL family, I recognize I have a unique opportunity to address inequity wherever it is present, expand opportunity for all who seek it, and seek justice for all who deserve it. I take that responsibility seriously.”

I will listen to the players in the days ahead with an exceptionally keen ear so we can work with them to make the transition from conversation to actionable plans in the name of lasting change. And I will do the same with employees and associates throughout my various businesses, where the interests and concerns on this matter are no less vital.

Racial discrimination has no place in our society. That’s been said. But, what’s been done?

We must have the answer today, and we will work with players, staff and more to arrive at a timely response. Because this moment, while agonizingly similar in many ways, is unlike any other in our history for underserved people and communities in the United States. We cannot attack the virus of racism with indifference or periodic attention. We cannot expect an easy cure or give up when the quest becomes inconvenient or uncomfortable.

Most of all, we cannot fail our children – children who deserve to know they have the same opportunity to earn a living, have a family and live safely — no matter the color of their skin.

“Racism, in all its forms, will kill. It kills people, it kills communities, it kills dreams, it kills hope,” Khan closed his statement. “For many Americans, now is the moment. Never has that been clearer. I don’t want to waste this moment.”