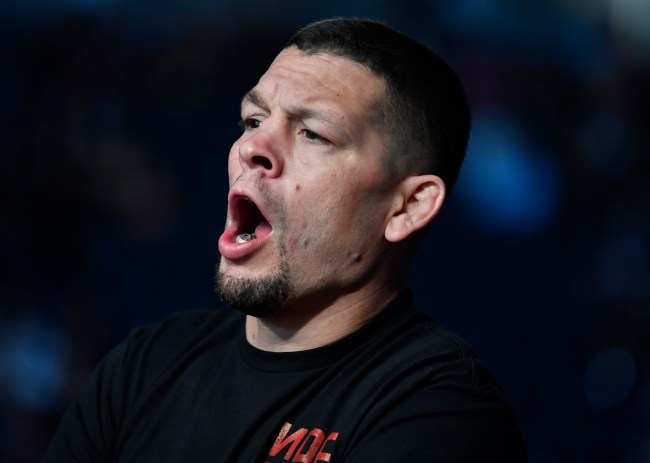 In case you haven’t heard, Jake Paul has a fight coming up. He’ll be fighting Tyson Fury’s brother, Tommy, on December 18th. That means we are going to hear a lot of MMA fighters call Paul out in the next few weeks to try and set themselves up for a big payday.

This week, it was Nate Diaz getting into it again with Jake Paul. When Ben Askren admitted that Jake Paul is “kinda good” at boxing, Nate saw that as an opportunity to point out that Askren is a “retired wrestler who can’t fight or box”.

Coming from a retired wrestler who can’t fight or box

Paul responded by stating that Nate has 6 times as many losses as Askren, which isn’t mathematically accurate if you include Askren’s KO loss to Paul (and that should probably count).

you have 6 times as many losses as Ben Askren

Let that sink in https://t.co/SMTsXkhs9i

Nate was still not impressed, telling Jake that he would “get smoked in a real fight” before Jake claimed to “own the city of Stockton”.

Let that sink in

Now I just find myself hoping this actually does lead to a fight between the two regardless of what happens between Jake Paul and Tommy Fury. I think it’s exactly the kind of fight that Paul needs.

It’s the best-case scenario for Jake Paul’s fans and for his haters. Nate Diaz is an actual threat in a boxing match. He could actually be the one to take Paul out. Paul wouldn’t be able to finish him early and Diaz would work his body, which would test his questionable gas tank.

He’d also be the most legitimate test that Paul has faced from the MMA world to date.

As far as Ben Askten goes, he ended up offering to rejoin the USADA testing pool and fight Nate Diaz for the last fight on his UFC contract. We don’t need to see that. Nate might be in the midst of a bit of a rough stretch right now, but I feel pretty confident he would dominate the current version of Ben Askren.

Nate Diaz vs Jake Paul just makes too much sense not to happen right now. Nate isn’t a contender in the UFC anymore. He’d be the biggest name Paul has fought yet and he’d get paid a hefty amount for the fight.

Most importantly, the buildup to this fight would be a lot of fun to watch