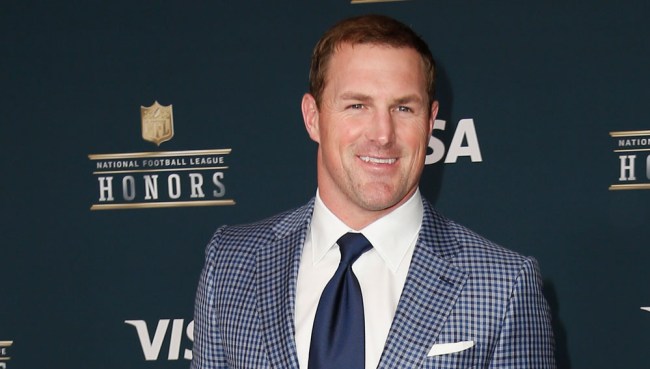 When it was announced that former Dallas Cowboys tight end Jason Witten would be entering the Monday Night Football booth with a grand total of zero experience no one expected him to be the next Tony Romo. What Romo did in his first year of commentating on NFL games resulted in almost unheard of praise for a first-year broadcaster.

On the other hand, people also did not expect Jason Witten to be so completely awful.

From saying the roughing the passer rule is too “left wing” to comparing Saquon Barkley to O.J. Simpson, Witten’s first year has been a struggle, to put it mildly.

"Some dreams never come true, but if you keep dreaming, you never know." – Jason Witten. pic.twitter.com/6cy0eJK1W1

Now, as we enter the 11th week of the NFL season, Witten has finally responded to all the criticism he’s received, and for his part, he did at least pretty much admit they have been warranted.

Speaking on this week’s ESPN’s Monday Night Football conference call, Witten was asked, “What do you say to the critics who have said you’ve struggled on the air this season and what do you think you need to do to get better?”

“Yeah, there’s been some flubs. I mean I made mistakes. You try to own it, you embrace it,” Witten replied. “Hell, I’m not perfect, I’ve certainly had my fair share of mistakes on live television and more than anything else you try to embrace it, you laugh at it, you smile at it, I had the remark on Twitter that you don’t try to deny it. You know, I got a few texts from my wife and it’s good to see her laughing at it when I get home the next day and talking about it. So it’s a transition, I try not to take it too serious, I really try to embrace it, and focus on improving. I understood when I took this job that it was going to be hard, it was going to be a transition. Certainly with Tony and the success that he had, I really try not to live in that world and fully embrace it and continue to get better and evaluate it, but I think with the flubs I certainly do not deny it, I don’t try to hide it and as you said, that’s really all you can do in those moments is self-deprecate and move forward. So over time I hope to improve and get better at it, but yeah, that’s kind of my approach with it.”

That response was better than anything he’s done on Monday Night Football so far. Be more like that, Witten, mmmkay?

Jason Witten has the diction of a person who really needs to poop and runs into the CEO on his way to the bathroom and must hold a conversation.