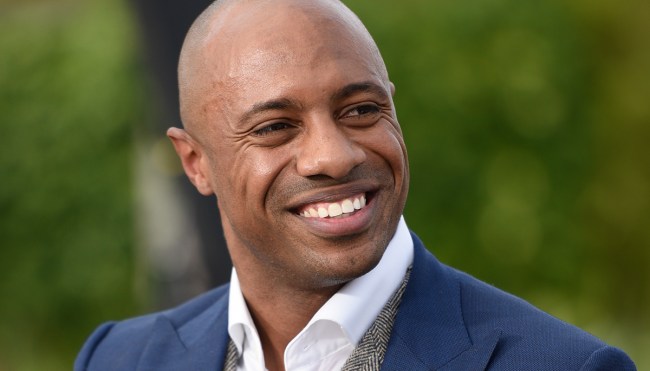 Last week’s NFL news was dominated by two major stories, the first of which centered around (now former) Raiders wide receiver Henry Ruggs III, who was jailed on a litany of charges following a fiery car crash in Las Vegas that claimed the life of the woman he collided with while allegedly driving over 150 MPH while intoxicated on Tuesday morning.

On Wednesday, that tragic story took a bit of a backseat to the still-evolving Aaron Rodgers saga that kicked off when the Packers quarterback tested positive for COVID-19. A couple of days later, he attempted to explain the situation in a wide-ranging interview that left most people with more questions than answers, and the ensuing fallout has remained one of the hottest topics of conversation in the football world.

While both of those guys play (or, in the case of Ruggs, played) in the NFL, that’s really the only thread to connect their two situations. However, that didn’t stop Jay Williams from going out of his way to post a video where he questioned why Rodgers seems to be getting the bulk of the attention in a fairly misguided Big Brain Moment.

Williams asked people to consider which of the two situations “deserves more anger” while implying Rodgers has become more of a pariah than Ruggs by virtue of the amount of discourse the former has generated compared to the latter. I guess I can understand where he’s coming from, but with that said, the answer is pretty obvious: there’s not really a ton to be said about the objectively awful decisions Ruggs made, and unlike Rodgers, the topic isn’t exactly a breeding ground for a debate over right and wrong.

After watching the video, plenty of people chimed in with similar sentiments.

People arent gonna go out and repeat what Ruggs did and certainly nobody is defending him, however people will go out and emulate Rodgers. “Well he doesnt need a vaccine, me either.” That mindset killed my brother. If you care about your fellow man, it’s not that complicated.

People arent gonna go out and repeat what Ruggs did and certainly nobody is defending him, however people will go out and emulate Rodgers. “Well he doesnt need a vaccine, me either.” That mindset killed my brother. If you care about your fellow man, it’s not that complicated.

It has nothing to do with anger. Everyone knows driving drunk is wrong so we moved along knowing their will be stiff consequences. However some people can't understand why being unvaccinated and spreading misinformation can be equally dangerous so we continue to talk about it. https://t.co/GwepOLjp1z

One of these stories has been quite hilarious to follow, while the other is so heart wrenching that I don’t want to follow it.

Not sure that answers the question as asked.

Your colleague already addressed this. It’s not that difficult to understand. https://t.co/SiXzRBWP2r

I think that basically sums it up.