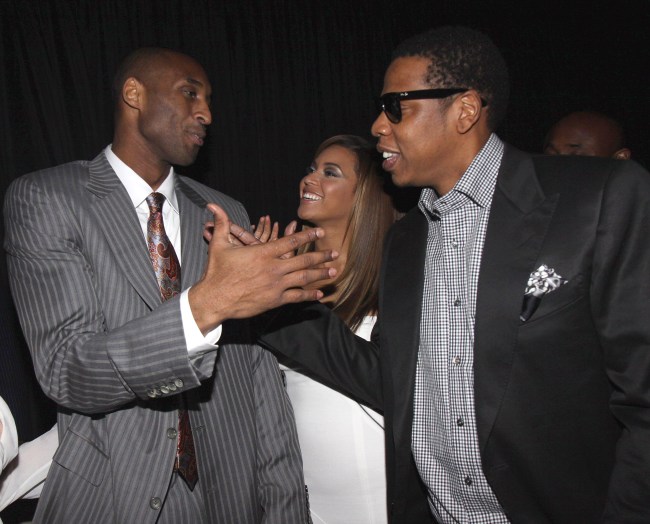 Jay-Z is, arguably, the most iconic rapper of all-time, with the guy going from musician to businessman over the span of 30 years. It’s part of the reason why he became the first $1 billion rapper, as HOVA has successfully expanded his empire in order to make his money work for him. Going from rags to riches to cultural icon, he’s been a major influence on millions of others, including former Los Angeles Lakers superstar Kobe Bryant.

With the tragic death of Bryant, his 13-year-old daughter Gianna, and seven other passengers in a devastating helicopter crash a couple of weeks ago, we continue to hear amazing stories about how Kobe left his impact on people — which includes Jay-Z — as the two developed a friendship thanks to running in similar circles. Hey, successful people hangout with other successful people, we all know that.

As we all know, the crash that killed the former NBA star came as Kobe and the others were going to a game for Gianna’s youth basketball team, which Bryant was the head coach of. Over the years, we had seen various pictures showing how happy he was while coaching his daughter, and helped instill his Mamba Mentality in the teenagers he was teaching the game to. In essence, the guy seemed happy, and he talked about how proud he was of his daughters hoops skills.

In fact, in a video posted by his ROC Nation Sports, Jay-Z detailed how Kobe’s final words to him were all about Gianna, even telling the legendary rapper that he needed to come see her play. Take a look below at what Jay had to say.

JAY-Z added that he had hung out with Bryant “multiple times,” most recently celebrating New Year’s together at his house.

“He was just in the greatest space that I’ve seen him in,” the rapper said, adding that one of his last conversations with the Lakers player was about his daughter Gianna and her skill on the basketball court.

“One of the last things he said to me was, you’ve gotta see Gianna play basketball,” JAY-Z said. “And that was one of the most hurtful things, because he was so proud. And the look on his face was like — I looked at him and said, ‘Oh, she’s going to be the best female basketball player in the world.’”

“My wife and I took [their deaths] … really tough. That’s all I’ll say on that,” he concluded. “Just a great human being and was in a great space in his life.”

You can see the full clip from Twitter below, which shows a visibly hurt Jay while answering the question about Kobe Bryant.

“Just a great human being and was in a great space in his life.” pic.twitter.com/QJ1PTqkPmq

This is absolutely devastating, guys, as Jay-Z echoes what so many have said about Kobe prior to the tragic helicopter crash — that he was, possibly, the happiest he’s been, getting tons of joy teaching the game of basketball to Gianna and her teammates. This hits hard.

Kobe Bryant’s impact during his 41 years was on a different level, and his legacy and good will will continue to spread for decades. It’s impossible to think about what he, Gianna and the other passengers could have given in the years to come, though, which may be one of the most difficult parts about the tragedy. All nine were gone way too soon, that’s for sure.