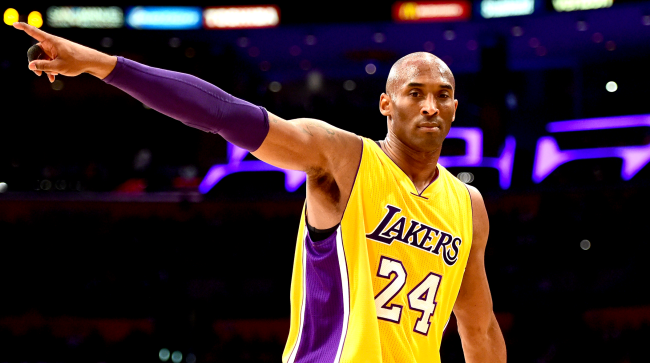 Back in the summer of 2004, the Los Angeles Lakers were coming off a 4-1 loss to the Detroit Pistons in the NBA Finals. That Lakers team had four future Hall of Famers on it – Shaq, Kobe, Gary Payton, and Karl Malone – and one on the bench in head coach Phil Jackson.

Following the defeat, Jackson’s contract was not renewed, O’Neal was traded to the Miami Heat, and Kobe Bryant, who was a free agent, was sending strong signals that was thinking about signing with the Lakers’ crosstown rivals, the Los Angeles Clippers.

Many NBA fans are already aware of these facts, but Lakers owner Jeanie Buss revealed this week during an appearance on Showtime’s All the Smoke podcast just how close she feels Kobe was to switching sides in L.A.

“You know, I never had that conversation with Kobe, but there was a game where he wore Clipper colors,” Buss told Stephen Jackson when he asked about that time period. “Not even the jersey, he wore the colors. Very subtle. I could see, he loves challenges and that would have been a huge thing, right? So I do think that was something that was very possible.”

At that time, the Clippers were looking to build a brand new arena in Anaheim, which meant Kobe wouldn’t have to commute as far and with the addition of Kobe it would have given the Clippers a new identity and gotten the team out from under the Lakers’ shadow in L.A.

She’s not kidding. In fact, Kobe had supposedly gone so far as to verbally commit to the Clippers in 2004, but Jerry West talked him out of it.

“I said Kobe, you can’t go play with the Clippers,” West recalled following Bryant’s shocking death. “You can’t play for that owner. Period. We had two conversations about it and he supposedly made a commitment to the Clippers.”

West’s story was backed up by long-time Clippers broadcaster Ralph Lawler, who told the Los Angeles Times in 2019, “They made their pitch to Kobe and it was a very strong one because it seemed apparent to everyone at that point that Kobe and Shaq just could no longer co-exist. Then it’s time for Kobe to excuse himself and go and Donald Sterling walks him to the door expressing concern. ‘Is this really going to happen?’

“Kobe turned to him and — this is an exact quote that I’ve had repeated to me by multiple people — he said, ‘Don’t worry, I’m a Clipper.’ So he walked out the door and [the Clippers] are all high-fiving each other thinking, ‘By God, we’ve done it.’

“If anybody denies any of that,” said Lawler, “they are of faulty memory or they just don’t want to acknowledge it because that is what happened in that meeting in that hotel room.”

As everyone now knows, Bryant instead signed a new 7-year deal with the Lakers, Phil Jackson came back after a year away, and Kobe ended up winning two more champiosnhips with The Lake Show.