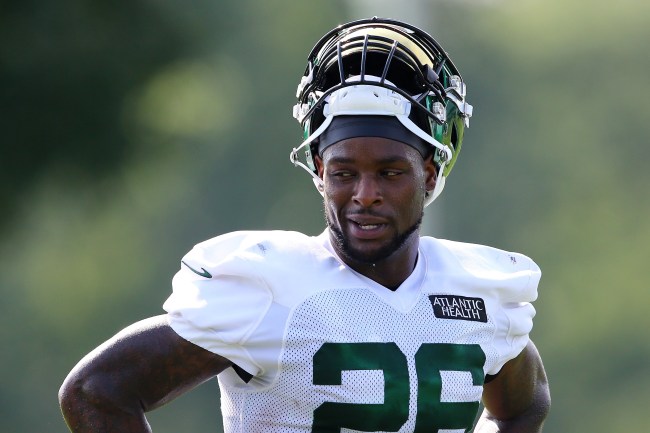 The New York Jets are, without a doubt, the most dysfunctional franchise in all of sports right now. Don’t challenge me. Don’t call me an idiot (which I often am, just not in this situation). Don’t try to defend Gang Green. The facts are in: The Jets are an absolute trash of an organization, and they’ve got no clue what they’re doing.

The latest example comes from Jets columnist Manish Mehta’s report in the New York Daily News, which claims the team has officially put disgruntled running back Le’Veon Bell on the trade block and is actively looking to ship him out of town. Take a look at the report below.

The Daily News has learned that Gang Green is trying to trade the perennial Pro Bowl running back amid this nightmarish season. Sources told the News that Gang Green is indeed shopping Bell with the hope of trading him sooner rather than later. The trade deadline is at the end of the month.

The News reported Tuesday that Bell told friends after last season that he would likely request a trade if things continued to go south this year. He also expressed uneasiness about Gase’s weekly game plans last year without complaining.

What’s funny about all this is, well, a couple things.

In a matter of 20 months, Bell and the Jets went from agreeing on a four-year, $52.5 million deal to this. I mean, there are bad relationships and then there’s this, which was clearly doomed from the start given Gase didn’t even agree with the team’s decision to hand such cash to the running back to begin with.

The dysfunctional relationship between Bell and his head coach didn’t stop there, though, as rumors swirled that the player needed to check in with Gase before posting on social media (no joke). And then, here’s what Gase said following Bell’s recent social media activity following the loss to the Cardinals, per the Daily News.

“I hate that’s the route that we go with all this,” said Gase, whose 0-5 club is circling the drain in virtually every offensive category. “Instead of just talking to me about it but seems the way that guys want to do it nowadays.”

Instead of doing the right thing and firing Adam Gase in hopes of salvaging anything from this lost season, the Jets are trying to unload Le’Veon Bell — which, given his high salary, is going to be tough. The team needs to figure out what they have in quarterback Sam Darnold. They need to see who to build around. They need a complete overhaul of the coaching staff before evaluating their to see where to even begin. Unfortunately for Jets fans, though, the organization is completely lost.

Who knows if Bell ends up being traded or not, but, assuming he does, good for him, because absolutely nobody should want to play for Gase and the dumpster fire known as the New York Jets.