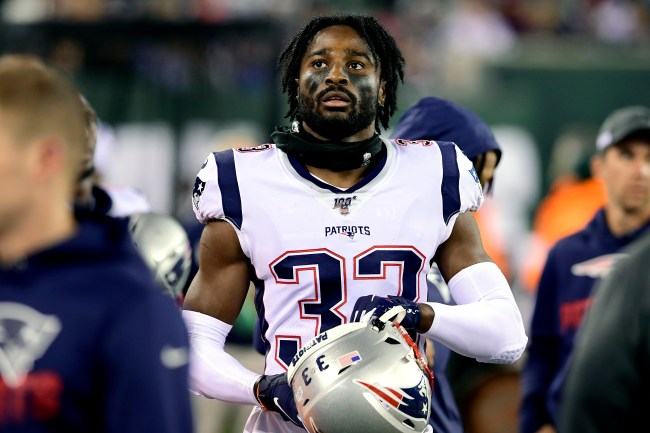 Joejuan Williams might not be a name most casual football fans know about, but the New England Patriots’ rookie defender doesn’t seem too concerned with impressing people much, so excuse him if he’s not pumping his chest out to get attention. Sure, he wants to make a name for himself on the football field, but it’s what Williams is doing off the field that’s getting plenty of attention these days.

That’s because, per a Boston Globe report, Joejuan Williams is saving an absurd 90 percent of his paycheck in order to build financial freedom for himself later in life — something other people his age definitely aren’t doing. In his own words, he’s “going to sacrifice now for me to be happy later.” For a 21-year-old pro football player, that’s some serious discipline, but it’s the way Williams has been living ever since the Pats selected him in the second round out of Vanderbilt in the 2019 NFL Draft — which led to a four-year deal worth $6.6 million, with two of those years and $4.1 million of that deal guaranteed.

Speaking about his outrageous savings habits, Williams says that, while there’s temptation to go buy a nice house or jewelry like some of his teammates, he’s sticking to his savings habits in order to set himself up for later in life.

“In the history of this league, there’s a higher chance that you’ll never see a second contract,” Williams said.

Considering every single millennial seems to struggle with saving money these days, hearing Joejuan Williams say he’s thinking long-term rather than short-term is refreshing. He’s like the anti-millionaire, and it follows the blueprint of former Pats tight end Rob Gronkowski, who, in 2018, said he had barely touched a dime from his NFL contract money, and had just been living off endorsement cash.

In addition to Gronk saving all that money, another current NFL player, Phillip Lindsay of the Denver Broncos, also saved cash last year by living in his parents house while he was the starting running back for the Broncos, even earning a Pro Bowl invite. That’s something most of us wouldn’t even consider if we had millions of bucks at our disposal.

As for Joejuan Williams, unsurprisingly, part of the reason he’s saving now is to help others become financially sound, hoping he can shed a light on doing so; despite all the money he has coming in.

“For a lot of public schools in inner cities, it’s not required to take any personal finance classes to graduate or even learn about money in that sense. That’s not the real world. The real world revolves around money. It really puts a lot of inner-city kids who don’t have much at a disadvantage.”

“I want to be set in the future when I’m not working,“ he said. “Grind now, sacrifice now, be happy later. I’d rather live like a prince for the rest of my life than live like a king for my NFL career and then go back to square zero.”

Awesome all around, and something that a ton of people could use as guidance for themselves as too many of us try to keep up with the Joneses on things like social media and such.