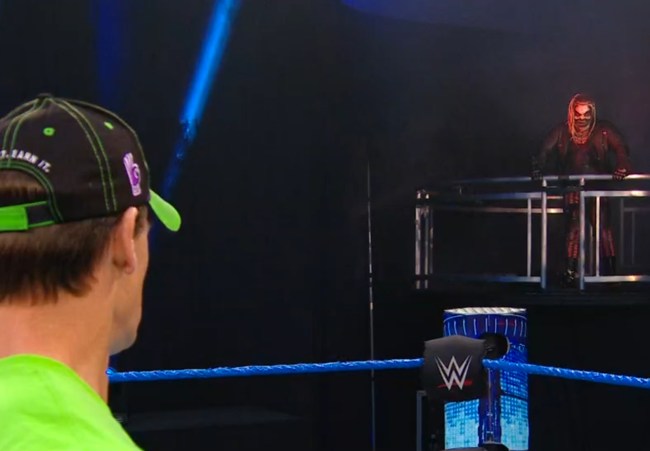 Every year, the WWE hypes WrestleMania as the must-see wrestling event of the year.

WrestleMania 36 is shaping up to be a ground-breaking event for countless reasons.

Unfortunately, many of those reasons stem from the pandemic causing the postponement of every major sporting event across the world.

The WWE was forced to make massive changes to the event this year, including pre-taping the show with no audience and airing the broadcast over two nights.

The federation is pulling out all the stops to make up for the lack of audience, including bringing back one of the biggest stars in the history of the business, John Cena.

Cena hung up the full-time wrestling boots for an acting career a few years ago. He’s made occasional appearances on TV, and his last televised match was in January 2019.

Cena will return to the ring for WrestleMania 36 to face off against “The Fiend”, Bray Wyatt.

Wyatt challenged Cena to another match to add to their long and bitter rivalry.

A lot has happened with Wyatt since Cena was a WWE regular, including Wyatt adopting the Fiend character and becoming the host of the “Firefly Funhouse.”

Cena appeared on “Friday Night SmackDown” to accept Wyatt’s challenge, and that’s when the mind games – and puppets – took centerstage.

Triple H recently said that the Firefly Funhouse match will be “different than anything the WWE has ever done before.”

WrestleMania 36 will air this Saturday and Sunday on the WWE Network.