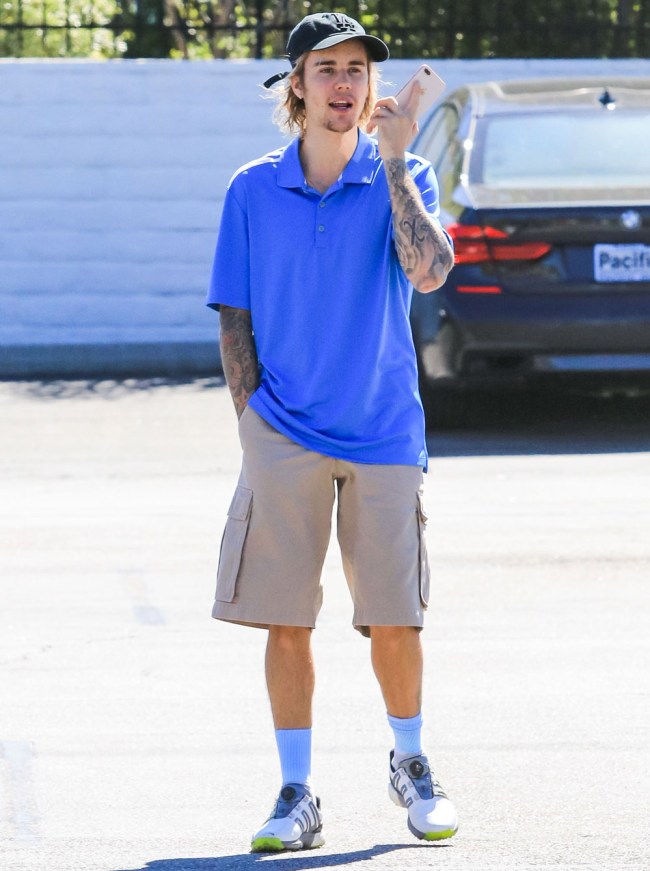 Man, how old is Justin Bieber now? What, he’s still only 24-years-old? I assumed that he was at least in his mid-to-late thirties by now.

For one, dude has been around for what seems like forever. Two, the Biebs hasn’t been in trouble for doing any stupid sh*t for ages. And three, he’s now doing all sorts of things that many grown men do like getting engaged (without a prenup, which is pretty stupid, even for him) and hitting the driving range.

I miss the days when people like Marilyn Manson, Gene Simmons, and, uh, Hanson were calling Bieber names.

Of course, he’s still got ridiculous tour demands, getting ridiculous tattoos, dissing his own fans, and if you like his music you’re still probably a psychopath. But all in all, the Biebs has become kind of… boring.

Even if he is hanging out with people like L.A.Bron these days.

We know bro fancies himself as some kind of athlete, what with his past skateboarding, hockey, boxing and basketball exploits.

And now, because he’s apparently becoming an old man and needs a more low-impact way of exercising, he’s been swinging the sticks, showing off his not terrible form on a driving range in Los Angeles.

Is it just me or is Bieber staring to look a little swole these days?