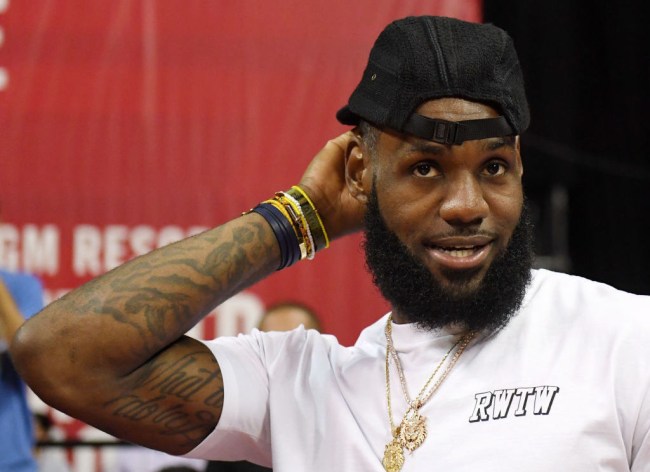 In the early 1990s, someone at Warner Bros. stumbled across a giant pile of cocaine that had been forgotten about since the previous decade, and shortly after, the world was treated to Space Jam, an animated fever dream in which Michael Jordan teams up with the Looney Tunes in attempt to stop them from becoming enslaved by aliens at a theme park owned by Danny DeVito.

Yeah. There’s a lot going on there.

In spite of (or perhaps thanks to) its batshit crazy premise, Space Jam was a smash hit and would rake in over $200 million at the box office on its way to becoming a nostalgic mainstay for countless 90s Kids.

As a result, there was much rejoicing last year when it was officially announced LeBron James would be taking the torch from Jordan and starring in Space Jam 2, which is slated to hit theaters in July of 2021.

Part of what made the original Space Jam so beloved was the literal all-star cast it featured, as Jordan managed to recruit a ton of the top names in the NBA at the time to join him in the movie.

Unfortunately, LeBron has run into more than a few snags when it comes to his own recruiting, as Giannis Antetokounmpo turned down the chance to join James and both Steph Curry and James Harden were taken out of the running thanks to conflicting sneaker contracts (Kevin Durant also declined an invitation).

However, it looks like Bron Bron’s fortunes have finally changed according to Jason McIntyre, who claims Klay Thompson is officially set to join the cast of the upcoming film:

“Everybody thinks he is probably staying with the Warriors and I would agree with that. But I heard some news this week that could change things. That Klay Thompson is now ‘locked in’ to do ‘Space Jam 2.’ I don’t think that news is anywhere.

I Googled it last night, I went on the internet. Nobody has it. I do believe an announcement will come out after The Finals that Klay Thompson is committed to Space Jam 2. He will be in the movie.”

I guess it’s a start.