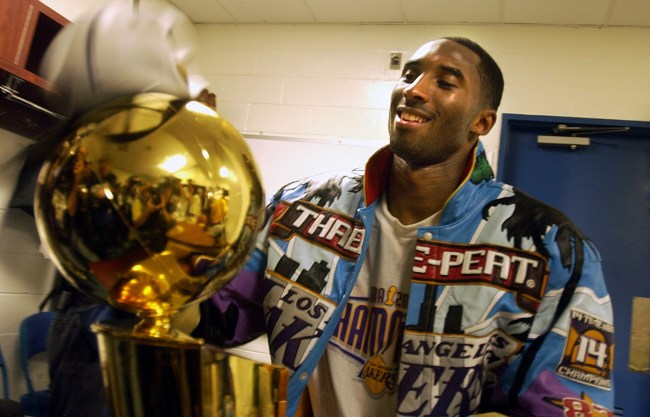 There were a lot of memorable games that Kobe Bryant gave us during this illustrious career with the Los Angeles Lakers — like his 81-point massacre on the Toronto Raptors in 2007 — but one that we never talk about? A flu game, similar to the one Michael Jordan famously had during Game 5 of the 1997 NBA Finals against the Utah Jazz.

But that doesn’t mean there wasn’t a chance of it actually happening.

That’s because, as a reminder, Kobe allegedly suffered food poisoning prior to Game 3 of the 2002 Western Conference Finals against the Sacramento Kings, with reports back then claiming that Bryant ate a hamburger from the team’s hotel that upset his stomach. Just like Jordan in ’97 in Utah — when MJ ate a piece of pizza that got him sick — the Black Mamba battled stomach issues and fatigue leading up to the game.

Here’s the craziest thing about that Kobe Bryant food poisoning game: It’s believed that, after Bryant did get sick, it was because of a plot from the Jersey mob, which had big money on the New Jersey Nets to win the NBA title that year, and hoped to see the Kings (not the Lakers) play in the NBA Finals. Here’s an old snippet from an article about the incident, which was recently tweeted by Darren Rovell.

As the newspaper clip above references, there are a lot of conspiracies surrounding the whole food poisoning thing, with some even claiming Kobe Bryant was simply hungover for Game 3 after being too drunk to stumble back to his hotel room.

Just take a look at how things got blown out of proportion following the stealth food poisoning incident on Bryant, per a Los Angeles Times article from 2002.

So far, no one is claiming the guy on the grassy knoll cooked the burger, but the last few days have certainly supplied enough stories for a full season of “The X-Files.”

“Reporters have been calling here all week,” said Jerry Westenhaver, general manager of the hotel, “trying to make this into the JFK conspiracy. They are really out of control.”

Adding even more intrigue to all of this? The 2002 Western Conference Finals is the series that disgraced referee Tim Donaghy admitted to fixing, meaning there was a helluva lot of drama (and money) floating around on the Kings-Lakers.

So, what was the impact of the so-called food poisoning on Bryant? While he did go out and drop 22 points in 39 minutes, he shot just 8 for 24 and fouled out, so it was a less-than-solid performance from Kobe. Plus, the Lakers ended up losing — so the mob (er, food poisoning) seemed to have done the trick.