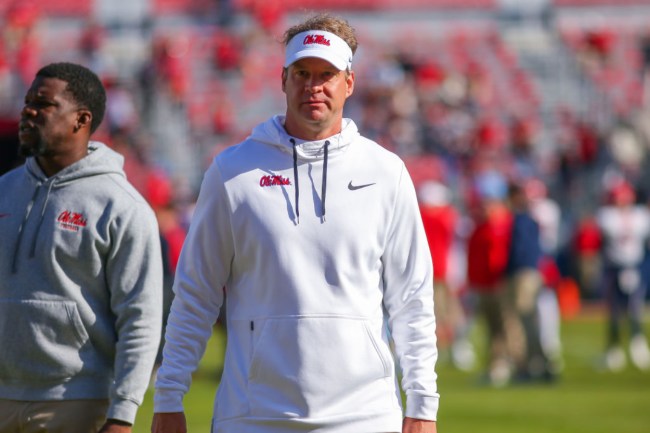 The Egg Bowl is one of the best rivalry games in all of college football, and it’s especially great when both teams are relevant, as they both are heading into Thursday night’s matchup. The Rebels are a Top 10 team in the country while the Bulldogs have caught fire as of late and find themselves ranked in the Top 25 as well.

The battle in Starkville on Thanksgiving night is going to be just that, a battle, but Ole Miss head coach Lane Kiffin seems to be spreading a more lighthearted message heading into the 118th edition of the Egg Bowl.

“It is just football. You really shouldn’t hate people because of where you go to school,” Kiffin said during a Monday press conference.

The winning school gets to hold that coveted trophy for a year, fans of the winning team get to brag for a full 365 days, and on top of that, it’s a big game in terms of in-state recruiting, especially.

Kiffin’s nonchalant take about the rivalry is on-brand for him, therefore, shouldn’t come as a surprise, but that hasn’t kept plenty of fans from offering up their opinion on his statement:

… but isn't that the entire premise of college football? https://t.co/BChr3ZpbFF

It seems that Kiffin’s mind is not right https://t.co/QxPHFZgkUF

Ole Miss is looking to win its second consecutive Egg Bowl after Kiffin led the Rebels to a 31-24 win over the Bulldogs in his first season as head coach a year ago. Ole Miss leads the all-time series with a record of 63-45-6.