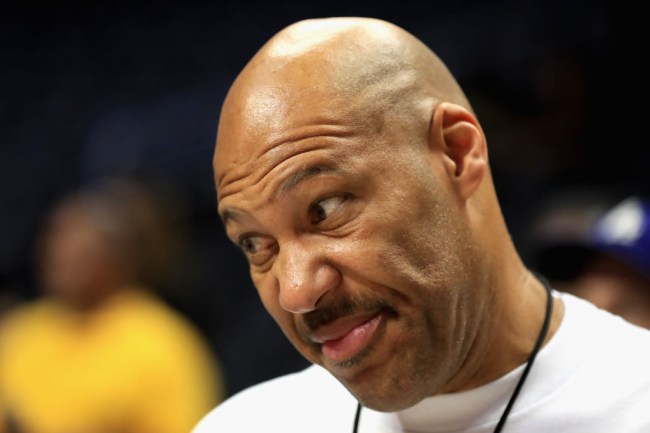 At this time last year, LaVar Ball had it all.

Sure, Big Baller Brand might not have been as disruptive as he’d hoped when he first announced Lonzo’s signature shoe would run close to $500.

However, Ball’s personal brand was much more marketable and his master plan to have all of his sons play for the Lakers one day was still on track as LiAngelo prepared for his first year at UCLA.

Unfortunately, things started to fall apart when his middle son decided it would be a good idea to get arrested for shoplifting during a trip to China.

The incident sparked a series of events that would ultimately lead to LiAngelo withdrawing from UCLA before being exiled to Lithuania to play with his younger brother.

However, despite the setbacks, LaVar was insistent that LiAngelo would still be an NBA prospect contrary to the belief of basically everyone who knows anything about basketball.

LiAngelo ultimately declared for the NBA Draft, but thanks to a series of impressively underwhelming workouts, his dad was forced to pivot after his son was left without a home.

#Lavar Ball: What's next for #Liangelo since he wasn't drafted tonight? pic.twitter.com/jIN5X5OqM1

However, it turns out Ball wasn’t as blindsided by LiAngelo going undrafted as he might have led you to believe.

On Sunday, the newest episode of the money-printing machine that is Ball in the Family hit Facebook and shed some light on what was going on behind the scenes prior to the NBA Draft.

LaVar and LiAngelo took a break from a JBA media day to sit down with agent Harrison Gaines, who didn’t really sugarcoat things when it came to painting a realistic picture of how the night would likely play out.

The conversation starts around the 8:30 mark.

Based on his public persona, you probably wouldn’t expect LaVar to remain this calm and collected after learning about news like this.

However, his reaction actually provides some insight into his thought process and his ever-evolving master plan and shows there might actually be some logic and reasoning behind at least some of his seemingly impulsive decisions.