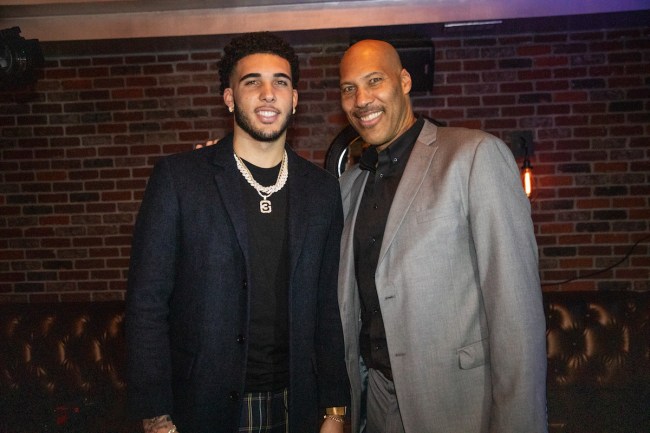 You’ve really got to admire LaVar Ball’s support for his sons, because the dude will say any- and everything in order to defend his kids when things don’t go their way. Case in point? LaVar’s recent interview with Bleacher Report, which revealed how the father of pro ballers Lonzo Ball, LiAngelo Ball and LaMelo Ball really feels about the Detroit Pistons cutting ties with LiAngelo after the guard’s short stint with the team during training camp.

The Pistons, which agreed to give the 22-year-old LiAngelo a shot just 13 days ago, have already seen enough, and released him on Monday after only two preseason games. While the latest move further hurts the chances of the middle Ball brother’s hope of playing in the NBA this season, it didn’t stop LaVar Ball from completely trashing the Pistons as an organization, with the outspoken figure even referring to the Detroit franchise as “raggedy as hell” during his chat with B/R.

“I definitely have thoughts on that,” said LaVar, whose other sons Lonzo (Pelicans) and LaMelo (Hornets) play in the NBA as well. “The people in Detroit are great. I love the fans, but the franchise over there is raggedy as hell. They don’t know a good player. I was giving them a lottery pick for free! [He] has the skills to play and the notoriety to bring everybody to the game.

Does LiAngelo Ball really have the skills of a lottery player? Uh, based off of what we’ve seen thus far, no. But, like I said above, the fact that LaVar Ball has such strong belief in his kids has to warrant him “Dad of the Decade” votes, right? Cocky or not, that’s some serious love and support — even if it means burning bridges with the Pistons franchise in the process.

Who knows what comes next for LiAngelo now that his days in Detroit are over? Maybe his brother Lonzo can swing the Pelicans to give him a look, or his younger bro LaMelo can convince Michael Jordan to add him to the roster in Charlotte? Regardless of what happens until we know the answer, you know LaVar will be running his mouth and promoting his kid to some NBA team and advertising him as the next great All-Star. If nothing else, it’s entertaining as hell to watch.