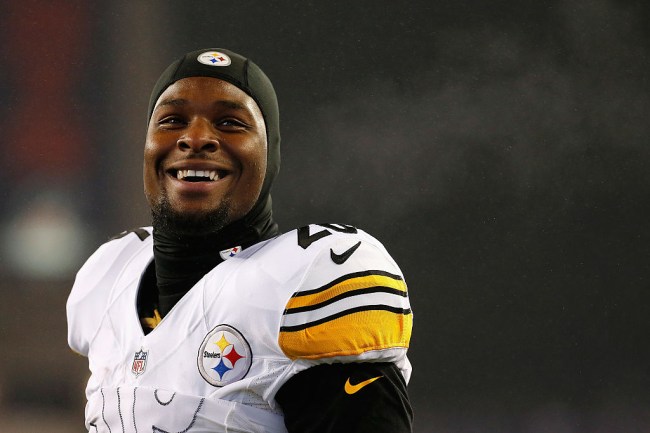 Prior to the start of this year’s NFL season, a ton of fantasy football players took a leap of faith and scooped up Le’Veon Bell early on in the draft despite enough red flags to cancel a season’s worth of NASCAR races.

It didn’t take long for them to regret their decision when Bell’s agent announced there was a very good chance he’d sit out until Week 10, the date by which he’d have to report in order to avoid forfeiting his paycheck for the year.

In the following months, Bell would forgo his football duties in favor of partying in Miami and firing off passive aggressive tweets aimed at the team he felt was disrespecting him by not coughing up the money he felt he deserved.

While there were rumors he’d return earlier than expected, Bell was nowhere to be seen when the deadline finally rolled around and his (now former) teammates commemorated the occasion by unceremoniously raiding his locker.

Bell will officially become a free man when the season ends and finally have the option to take his talents to a team that’s willing to pay his asking price (which will have to be pretty high if he wants to make up the money he lost by sitting out this year).

Vegas was offering odds concerning Bell’s upcoming free agency as early as last summer, and if you happened to take the Steelers at +400, at least you can burn your betting slip for a fleeting moment of warmth.

However, if you happened to pick the Colts, I might have some good news.

On Monday, the NFL’s Instagram account posted a picture praising Andrew Luck’s stellar performance over the past eight weeks and it looks like the league isn’t the only one paying attention.

Bell is no stranger to stirring up the pot by hopping into the comments and decided to make things interesting by teasing he could see a future where he’s rocking a horseshoe on his helmet instead of whatever it is the Steelers have on theirs. 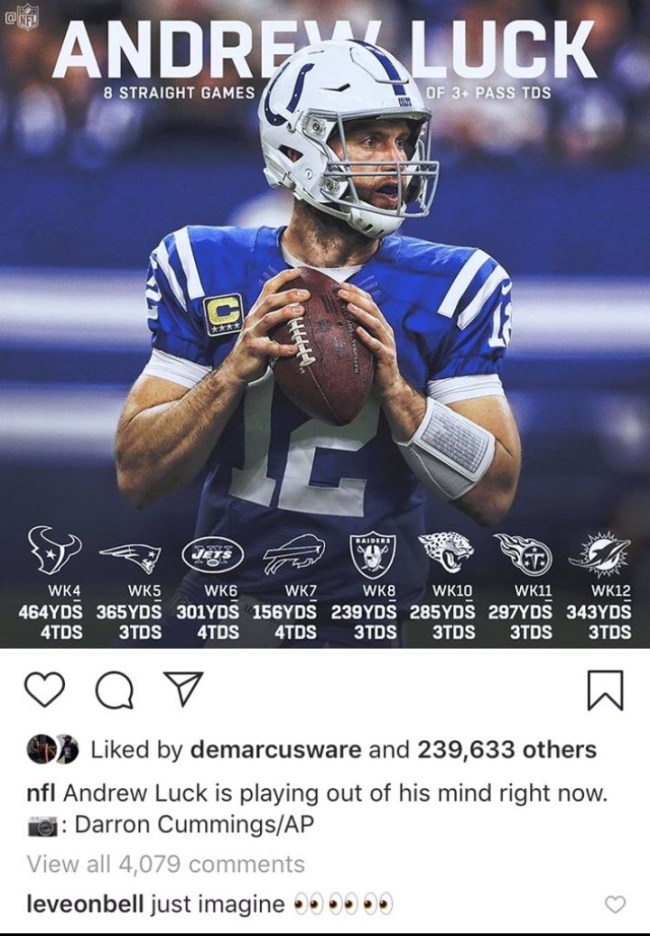 I hope the workers at the rumor mill are ready to put in some overtime in the next few months.