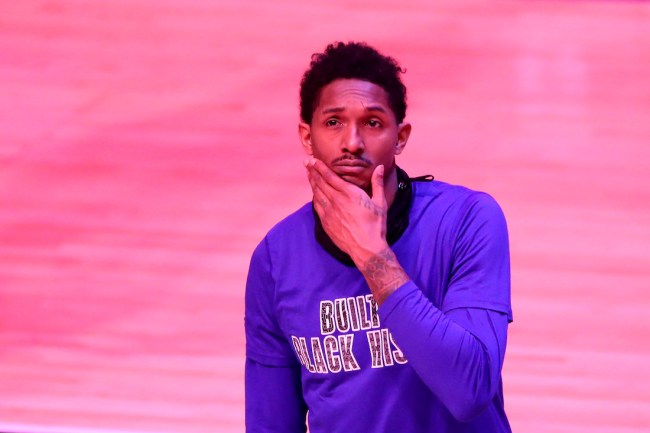 Welp, sharpshooting guard Lou Williams’ time with the Los Angeles Clippers has come to an end, with the team shipping him off to the Atlanta Hawks during the NBA Trade Deadline on Thursday. While it’s somewhat of a surprise — to me, at least — the sweet strokin’ Lou-Will leaves L.A. with some memorable moments.

There was that time Williams went off and dropped 50 in a game against the Warriors in 2018. Or when he scored 35 points in 33 minutes against the Suns that same season, including a 23-point second quarter. Or how about when he basically broke league protocol in the NBA bubble last season by going to a strip club in Atlanta (his new home) called Magic City? Oh, yeah, that’s definitely what people remember most about Lou Williams’ time with the Clippers.

To recap, back in July, Williams made a little pitstop on his way down to the NBA Bubble, with the guard photographed in the strip joint. Although he insisted it was just to pick up some chicken wings — which tons of other players vouch for as being the best around — it stirred up more than a little bit of controversy. Hell, he was even fined $150,000 for the ill-advised visit.

Now that the Hawks acquired the veteran guard at the NBA Trade Deadline — and Atlanta happens to be known for its premier strip clubs — basketball fans on Twitter just couldn’t help but crack similar jokes about the move. Since everybody’s a jokester these days, take a look at some of the funnier tweets about the city of Atlanta’s newest resident.

How Lou Williams walking into Magic City to get some wings pic.twitter.com/26bXZS8daU

BREAKING: Lou Williams to the #StripClub

Lou Williams and the chef at Magic City pic.twitter.com/B6IUoAuPGg

Lou about to have them Magic City wings everyday

Lou Williams back home to Atlanta… Lemon pepper celebration soon to commence in the ATL. pic.twitter.com/ghV6ugrWAJ

Lou needed to be close to them chicken wings he loves 😆

Nothing’s wrong with Lou Williams having a little… fun right? I mean, ol’ dude was just getting some dinner last summer, right? And he’s (presumably) just going to have a little fun while getting some dinner more often now that he’s a member of the Atlanta Hawks. While this NBA Trade Deadline deal might be a shock to fans, players around the league and Lou-Will himself, at least he’s in a city that allows him to satisfy some of his hobbies. Atlanta might not be L.A., but that’s just how Williams seems to like it.