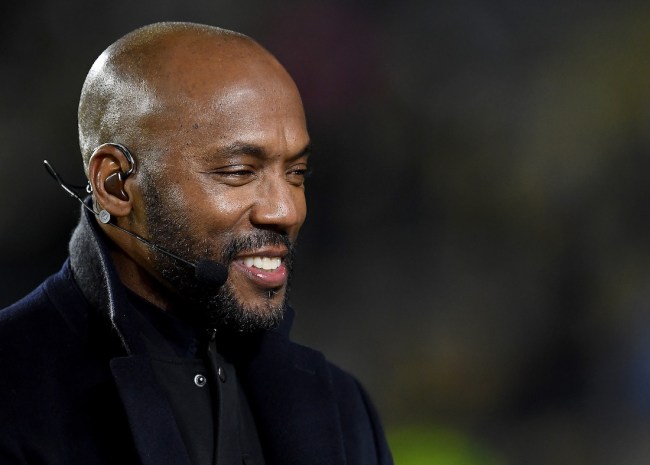 Louis Riddick is one of my all-time favorite sports analysts, as the former player and current ESPN employee doesn’t just break things down on film as if he’s a head coach, but actually does so in a way that even the Average Joe can understand it. Like, he may never admit to being the smartest guy in a room, but, based off of his knowledge and delivery of football facts, he might just be.

ESPN did the absolute right thing by moving Riddick into the Monday Night Football booth last NFL season, but, for some awful reason, didn’t really allow him to be himself much. Instead, we got a lot of Steve Levy and Brian Griese and less of Louis Riddick. Here’s to hoping that changes next NFL season.

In addition to Riddick’s knowledge of the NFL, as it turns out, he actually has some crazy stories from his time as a front office executive. One of the best ones recently leaked out to Pablo Torre, with Riddick describing a time when he was working with the Washington Football Team and beat owner Daniel Snyder in a racquetball game. Instead of getting a day off from work, a free dinner or $100, the team owner apparently lost his Aston Martin V12 Vanquish after being shut out — a car valued at nearly $300,000 — as the two put just a little bit more than a friendly wager on the contest.

Here’s how an infuriated Daniel Snyder once lost his Aston Martin to @LRiddickESPN. Full story — and a lot more — on today’s absurd #ESPNDaily: https://t.co/pPZtHvU0T0 pic.twitter.com/JaNJFMo0cY

Louis Riddick continued the story while talking to Torre by saying that, after a few weeks went by, Daniel Snyder finally did pay up, delivering the keys to Riddick with a stern warning: “If you scratch it, I’ll be commandeering your salary forever.”

If you’ve ever wondered what it’s like to have billions of dollars like Daniel Snyder has, this is what it’s like — where you can just risk a $300,000 Aston Martin as if it were a lunch at Chipotle. That’s like serious “F you” money… and some incredible bravado from Snyder, who, apparently, had a few other moments of talking crap about his racquetball skills. Just take a look below at an excerpt from a 2002 Washington Post story that profiled Snyder.

This is from a 2002 Washington Post profile of Dan Snyder and I’ve been laughing about it for 19 years pic.twitter.com/xm2HgrXOIw

Daniel Snyder is one of the most insane owners in all of pro sports, with his Washington Football Team being linked to lots of, let’s just call them disturbing, allegations over the years. He’s competitive. He’s cocky. He’s clearly a little bit delusional. Add all that up and you get one helluva great story from Louis Riddick about what it was like to work for the guy.