ESPN’s New ‘Monday Night Football’ Crew Is Reportedly Complete, And They May Have Finally Gotten It Right 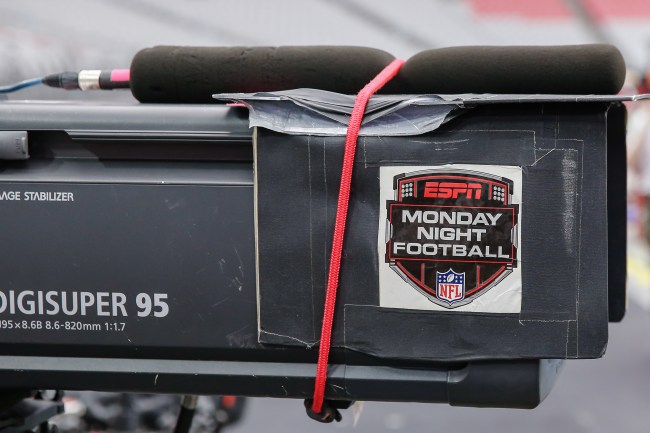 If you found yourselves less than thrilled to watch Monday Night Football broadcasts on ESPN the past couple of seasons, you’re not alone. Whether it was a bad matchup (which seemed to always happen), or, worse, bad announcing (which definitely always happened), NFL fans didn’t seem to be “ready for some football” on Monday night.

No disrespect to guys who called the games — Joe Tessitore, Booger McFarland and, during the 2018 NFL season, Jason Witten — but they lacked a certain pizzaz that left viewers without the drama and atmosphere of the games being played. Sure, Tessitore’s a seasoned vet, but McFarland and Witten were anything but, with both royally fucking things up and stumbling over themselves during broadcasts. It really was a shitshow for ESPN putting this trio together.

After the Worldwide Leader announced earlier this year that the Monday Night Football crew would be getting a makeover, there were rumors about who may find themselves in the booth for the 2020 NFL season. Was the network targeting Peyton Manning? Was Tony Romo really an option for millions of dollars to lure away from CBS Sports? Was ESPN really ready to move their all-star college football duo — Chris Fowler and Kirk Herbstreit — over to the pro game? We may finally have an answer; assuming the report from longtime writer James Allen Miller is accurate.

Miller, who, seemingly, has inside knowledge of the situation regarding Monday Night Football at ESPN, tweeted out that the network has landed on its new crew for the 2020 NFL season: Steve Levy, Brian Griese and Louis Riddick.

For anyone who has watched ESPN over the past 30 years, adding a vet like Levy to the Monday Night Football crew is an A+ move. Pairing him with a guy he already regularly calls games with, Griese, and an up-and-coming personality like Riddick, who overprepares to break down film and describe it to fans in a simple way, might be the best decision the network’s made in a long time.

Not only did Miller tweet out the report about the new Monday Night Football crew, but he also mentioned that the aforementioned Fowler and Herbstreit may be appearing on the usual Week 1 doubleheader; assuming there’s no college football to be played.

.@espn doesn't want to think about a fall without #CollegeFootball & moving ahead, but if it doesn't happen, hard to imagine @cbfowler & @KirkHerbstreit on sidelines for fall. Could get tricky re @ESPNNFL

Given the shitshow that Monday Night Football was over the past two seasons with Joe Tessitore, Booger McFarland and Jason Witten during that 2018 season, ESPN’s decision should have football fans stoked to watch games on Monday night this season. Levy and Griese have always played off one another perfectly — with the former adding some dad-like charisma, and the latter playing the former player role perfectly — but, the real wild card is adding Riddick. The guy just knows football, and has seen it through the eyes of a player, front office executive and broadcaster, so he, presumably, won’t get his facts wrong like we often saw so many times from the previous MNF crew.