Someone Dropped A Record-Breaking $4.6 Million On A Luka Doncic Rookie Card 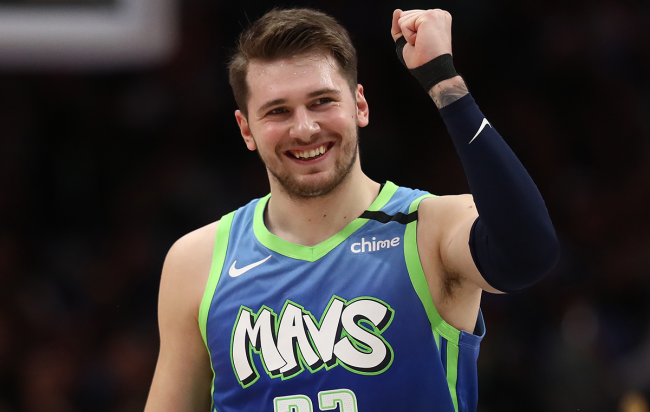 We’re a couple of weeks away from the first anniversary of the series of events that brought the world of sports to a screeching halt and forced ESPN to figure out what the hell it was supposed to do when the only thing the network could really cover was the lack of athletics, which doesn’t exactly make for appointment viewing.

However, the same can’t be said for The Last Dance, as the ten-part documentary series became an instant hit when it premiered a few months before it was originally scheduled to air. The show not only sparked renewed interest in Michael Jordan’s career but the many pieces of memorabilia stemming from it, as sales of Bulls-related items spiked over 5,000% in its wake.

If you look at what’s transpired since then, it appears the collectibles market benefited from the trickle-down effect, as Jordan seems to have played a significant role in kicking off the feeding frenzy that appears to be increasing in ferocity with each passing day. Based on the hype surrounding the Top Shot highlights that have taken the world by storm for reasons my simple mind is still unable to process, virtual keepsakes could be the future, but there’s still plenty of demand for things you can hold in your hand—including a Luka Doncic rookie card that recently shattered a record.

Doncic has shown an incredible amount of promise since being drafted in 2018 before winning Rookie of the Year honors the season before he earned a spot in the All-Star Game and on the All-NBA First Team. It’s easy to draw a parallel between him and Patrick Mahomes, and while the Mavericks guard hasn’t taken home a title, he currently seems poised to become one of the best of the next generation of NBA players.

It would appear collector Nick Fiorello believes Doncic is going to live up to the potential he’s shown so far, as I have a hard time someone who doesn’t believe the Slovenian has what it takes to be the Next Big Thing would drop $4.6 million on a one-of-a-kind rookie card featuring the player’s signature and the NBA patch from one of his jerseys.

At $4.6M, that's a new record for the highest price that's ever been paid for a basketball card.

And it was pulled during a live break by @LaytonSports.

According to TMZ, the deal set a new record for the most expensive NBA card ever sold and is the second-priciest item of all-time in that category behind a 1952 Mickey Mantle card that was sold for $5.2 million in January (although that transaction took place over 50 years after the Yankees slugger retired as opposed to less than three years into his career.)

You have to imagine Fiorello is looking at this as a long-term investment, so while you’re not going to want to hold your breath, it’ll be very interesting to see if (and how much) it pays off when everything is said and done.