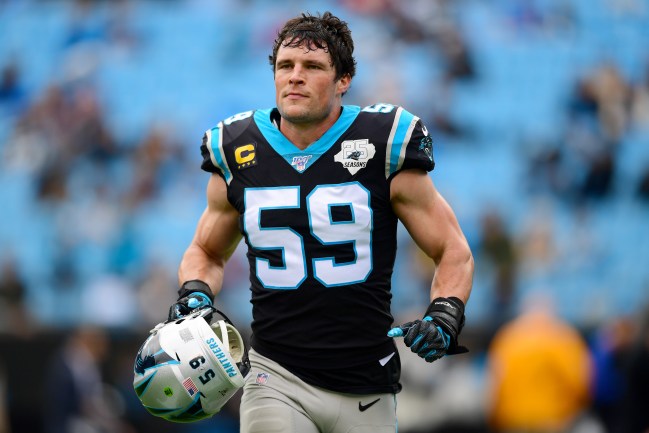 Luke Kuechly’s retirement is the latest to shock the NFL, as the former Defensive Player of the Year, seven-time Pro Bowler and five-time First-team All-Pro walked away, seemingly, while still in his prime at the age of 28. The move comes within 12 months of two other superstars doing something similar, as Andrew Luck called it quits in August, and Rob Gronkowski left the league following a Super Bowl victory last season.

Each guy had his own reason for leaving — with all relating the violent nature and previous injuries being the main culprit for retiring — but it’s still unbelievable for some fans to think guys would choose long-term health over short-term football success and millions of dollars. In Luke Kuechly’s case, the guy’s love and dedication to football is what makes his early retirement so surprising.

Following Kuechly’s announcement the other day, stories have started leaking out about just how obsessed the linebacker was to his craft. Seriously, just look at the stuff below and see for yourself why he was the NFL’s version of a beautiful mind, who was always trying to study his opponents to get an edge over them.

Cool tidbit from Captain Munnerlyn, don’t know if it’s been reported…he said Luke Kuechly didn’t have cable in his house the first four years of his career so he wouldn’t be distracted from watching film.

It’s one thing to refuse to watch TV or binge Netflix shows to study game film, but it’s a whole different level when that type of preparation leads to a video that backs up such a claim. For instance, look at what Pat McAfee recently tweeted out about Luke Kuechly, which shows him naming every single offensive player in the NFC South — a pretty obvious indicator that the dude was always doing his homework.

🤓 A Student of the Game

Now, we’ve seen guys like Sean McVay and Nick Saban do things similar to this, but those guys are paid to be coaches and study opponents nonstop — unlike Luke Kuechly who, at 28 years old, has millions of dollars and can (should?) be living the high life. Then again, had he done that and didn’t dedicate himself to the game, he may not have been nearly as great as he was.

Who knows what the future holds for Kuechly, but given his emotional retirement announcement and love for football, here’s to hoping the guy gets back in the game in the not-so-distant future as a coach, because the dude would clearly be successful given the tendencies he displayed throughout his NFL career.