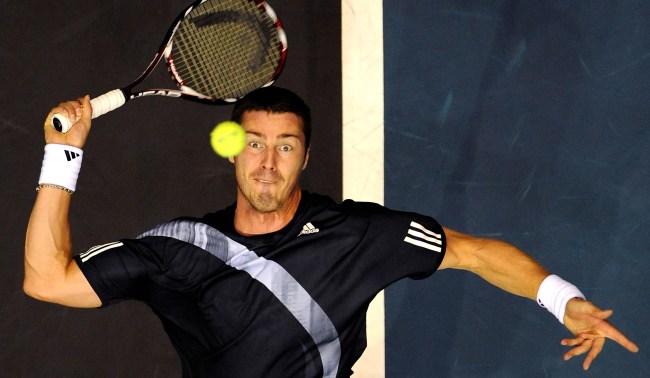 With everyone hunkered down, bored out of their minds with nothing to do, the always entertaining industry of conspiracy theories has been thrust into overdrive.

Of course, we’ve also had more than our share of our usual UFO and alien conspiracy theories, including one that involves Nibiru, AKA the hidden doomsday Planet X, and another which states that the pandemic was caused by a meteorite that hit China in 2019.

None of those conspiracy theories, however, can top the one currently being perpetuated by former world number one tennis player Marat Safin.

The now 40-year-old Safin, a two-time Grand Slam event winner, recently explained what he thinks is the “real” reason for the current pandemic to Russian media outlet Sports.ru.

You are not ready for this much truth.

“I think people are getting ready for chipization,” Safin explained. “Back in 2015, Bill Gates said that we will have a pandemic, the next enemy is a virus, not a nuclear war. They simulated at the Davos forum how things would be. I don’t think that Bill Gates is such a predictor – he just knew.

I think that with the virus everything is not as it is told, but the people believe in everything, in horror stories on TV. Someone believes that civilization will end soon, but I do not believe in it. We’ll just be going around with the chip soon.

The whole world was put home, so everything works. I think that there are guys more abruptly than world leaders who are really masters of money, masters of the world, and they can easily do this. You can call it a shadow government, you can whatever you like. I think we don’t even know that they exist. The Rothschilds and the Rockefellers are well-known names, and someone else is behind them.”

I warned you that you weren’t ready.