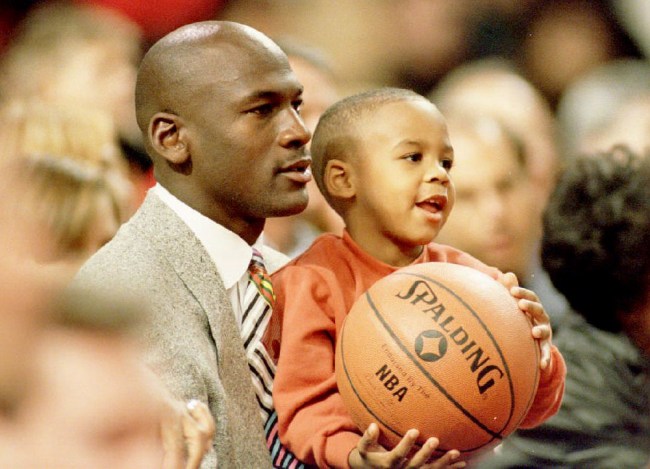 Is there a sharper double-edged sword than being the offspring of the most iconic athlete the world has ever known?

I still haven’t made my father proud and he’s a bricklayer, I can’t imagine how daunting the task is for the five children of the undisputed G.O.A.T.

This futile endeavor could very well be the reason why Marcus Jordan, Michael’s youngest son, walked from the University of Central Florida basketball before his season after ranking second on the Knights in scoring as a junior.

The 29-year-old sat down spoke with TMZ about the perks and pitfalls of being MJ’s son.

“The best thing, honestly, there’s just a lot of perks,” he said. “We were raised relatively normal. I say ‘relative’ because I didn’t take my first commercial flight until I was a junior in high school. I grew up playing Playstation on a private jet. So it’s not normal. But my mom, she’s from the South Side of Chicago, and so she made sure we stayed grounded and visited my cousins on the South Side a lot. We had a somewhat normal upbringing, going to public middle school, et cetera, et cetera.”

At UCF, Marcus, who was 20 at the time, came under fire when he tweeted about his spending spree at the Haze Night Club and Liquid Pool Lounge at Aria Hotel and Casino City Center (21+ age requirement).

In since-deleted tweets, Marcus Jordan tweeted about spending $21,000 at Liquid, and a whole bunch more at Haze.

I’d consider that a perk.