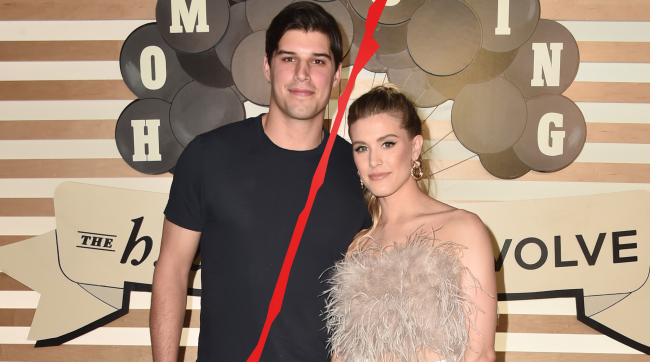 As if it wasn’t bad enough for Mason Rudolph that after Ben Roethlisberger announced his retirement word on the street was that the Pittsburgh Steelers were trying to trade for Aaron Rodgers, then they go out and sign free agent quarterback Mitchell Trubisky.

Talk about your votes of no confidence.

Trubisky said the big reason why he chose to sign with Pittsburgh was because it offered him the quickest opportunity to get back on the field as a starting quarterback.

Mason Rudolph: “Ben’s gone! The QB1 job is all but mine!”

Now, just make Rudolph’s offseason that much worse, we learn that his his almost two-year relationship with tennis star Genie Bouchard has come to an end.

Mason Rudolph is having himself a terrible, horrible, no good, very bad offseason

Genie attended a bunch of Rudolph’s Steelers games — and even took time out of her Mexico vacation in November to make sure she caught his start against the Detroit Lions.

Rudolph, meanwhile, posted her on his social media page often … and the two weren’t shy about using heart emojis and the “L” word.

But, we’ve learned the couple has just recently split … with one source telling us it was an “amicable” end.

The source added the two are remaining friends in the breakup.

We know this report (except for the whole remaining friends part) to be true because Bouchard has erased any sign that she was dating Mason Rudolph from her Instagram account. He, likewise, has done the same.

Also there is the fact that after acquiring Mitchell Trubisky, the Steelers’ Super Bowl odds actually got worse, so there’s still hope on that front!

As for Genie Bouchard, it looks like it’s back to the drawing board when it comes to finding a boyfriend.