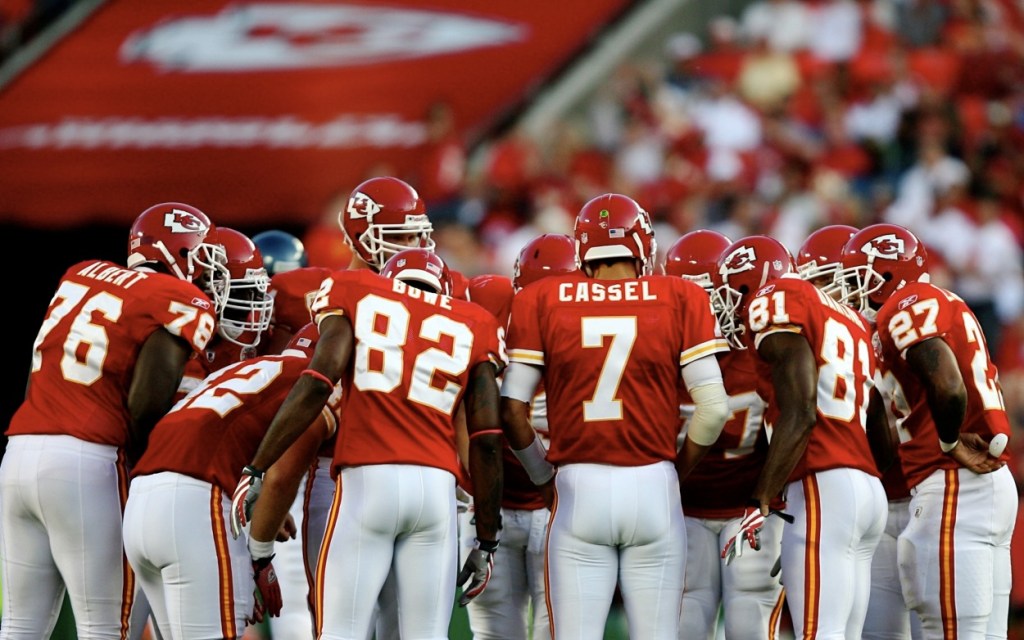 Former Kansas City Chiefs wide receiver Dwayne Bowe has been retired since 2015 and Matt Cassel hung up his pads in 2018 after lingering as a backup for several years. But those two were ELECTRIC in 2010 (and 2008) when they linked up for 15 touchdowns. Bowe had 1,000+ receiving yards in 3 seasons with Cassel.

But the history and chemistry between those two didn’t stop Dwayne Bowe from daydreaming on Twitter about what might’ve been if he had Patrick Mahomes as his quarterback instead of Matt Cassel. He fired off an unintentionally hilarious tweet about what might’ve been. Matt Cassel then saw this tweet and was ‘catching strays’ while trying to go sledding with his kids in retirement.

This Dwayne Bowe-Matt Cassel exchange is something I’d expect to see in the offseason but it’s been a pretty hilarious distraction during the NFL Playoffs Divisional week. Cassel handled it like a champ and made a few jokes about it.

Here’s how it all went down, tweet by tweet…’no offense’ is the icing on the cake here.

Imagine IF I Had Pat Mahomes No Offense To Matt Cassel pic.twitter.com/fUhQkLoq0M

Just seeing this. I’m just trying to take the kids sledding and I’m catching strays. Sheeesh. You buying dinner next time I see ya for this! 😂 https://t.co/Lakk3C48sO

How it started vs how it’s going pic.twitter.com/npZzxuqDuo

The fact that Matt Cassel didn’t just respond with “imagine if I had Tyreek Hill, no offense to Dwayne Bowe” proves he’s a completely unbothered man, comfortable in his own skin, living his best life lol

Matt Cassel was just out there trying to live his life and got this bomb dropped on him. Kansas City fans found the entire exchange pretty hilarious.

Lol wasn’t he the WR1 for the chiefs the season the Chiefs had zero WR’s catch a TD pass?

Also, I think that one season helped him get an 8-figure contract from the Browns to play in like 5 games.

🙄
“No offense to Matt Cassel” would’ve been actually not tweeting this, but…….

I really enjoyed Matt Cassel in 2010 when I had him on my fantasy team. And I think I like him more even know after seeing him hold a big ol’ brown trout in his Twitter profile pice. Dwayne Bowe also seems to be unintentionally hilarious. We need to get these old teammates a reality show.