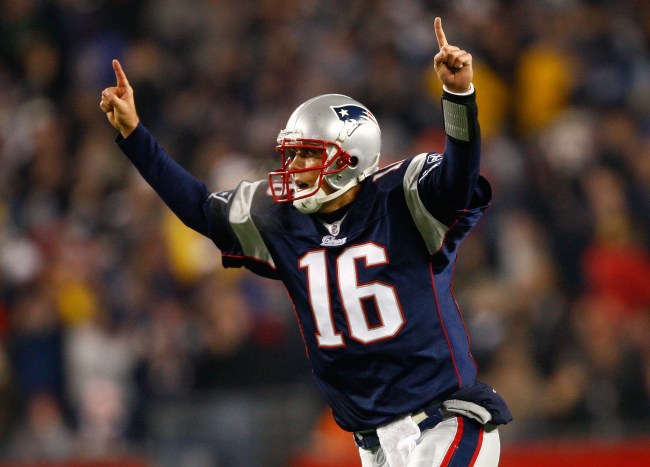 Matt Cassel backed up Tom Brady on the New England Patriots for three seasons — and started the majority of the 2008 campaign — so he knows a thing or two about the infamous “Patriot Way,” which is some mentality that seems to inject itself in players the second they first step foot in Foxborough. Having played in that system for a few years under Brady, while learning from the best head coach in NFL history, Bill Belichick, Cassel has some intel that most of us only wish we knew.

Let’s face it, the Patriots aren’t exactly extroverts when it comes to information, as they often find any possible way to avoid revealing too much to media, fans and other teams. Given that strategy, when a former Patriot like Matt Cassel opens up about what really happens behind the curtain — as he did a couple weeks ago with an amusing prank wars story — it’s pretty interesting.

Cassel recently did something similar, as he wrote an op-ed for NBC Sports/Boston about how Belichick motivates his players without the whole gimmick of a fiery pep talk. Here’s what the former quarterback had to say.

There’s not a ton of trying to motivate with Bill Belichick.

He doesn’t come in every week and say, ‘Guys, this is the game that defines us,’ and things like that.

Bill’s main focus speaking to the team was the reality we needed to accomplish in the game. Offensively, defensively, special teams: He’d go through every unit and specifically point out this week’s keys, whether it was taking care of the rush ends, establishing the run game or limiting big plays on defense.

He would always lay out very concisely and clearly what the focal point should be and how we should try to attack this particular opponent.

After a win, he obviously congratulated us and kept it positive. But at the same time, he told us, ‘Look, enjoy tonight, enjoy what you guys have accomplished, and then we’ve got another great opponent and it’s right back to work.’

When we came in Tuesday to review the film, no matter if we won by 58 points or 10 points, there were always corrections to be made about how we can get better. There were always things he found within the game, and things we had to focus on so it wouldn’t hurt us down the road.

Matt Cassel points out that, while other head coaches often use pep talks to fire up a team and get guys to focus, Belichick is very different, never changing his tone too much when it comes to the game plan. Basically, the head coach seems to trust his guys to do their jobs; even if he does, occasionally, provide bulletin board material to get them to focus.

While it’s easy to be calm, cool and collected after a win, Matt Cassel really showed the differences between Belichick and his counterparts following a loss, with the former signal-caller even describing a time the coach buried game film in the ground after a loss in 2008 to the Miami Dolphins.

When we lost, it was a different tone. I remember after we played the Miami Dolphins — it was the infamous Wildcat game in 2008, when Ronnie Brown and Ricky Williams came to Foxboro and rushed for like 250 yards (Editor’s note: 211 yards) — and we got absolutely stomped.

But that following Tuesday, he didn’t come in and rip us.

Instead, we literally went out to the practice field, dug a hole, and buried the game film.

Seriously: It might still be there. Somebody might have to take a metal detector and go find that thing.

But I’m glad it got buried, because it sent a message to the team: ‘Look, you guys can sit here and dwell on this bad loss and beat yourself up over it, but after this moment right now, we’re burying it and we’re moving on. It’s in the past.’

And, as you might expect, Cassel added that, at the end of the day, Bill Belichick has total control over his team, and treats his players like adults instead of Pee-Wee players who need motivation to go out and play a game. It’s probably what makes the head coach so successful; because his players trust and appreciate him.

The bottom line: Bill has the pulse of the team. He doesn’t have to go in there and motivate these guys. It’s not a lot of ‘rah rah’ or false hope, but he tells you how it is. He’s very candid, he’s very honest, and he’s very open about what we need to do to get better. And that’s what everybody appreciates.

For football fans, this is pretty cool insight. Most of us will never know what it’s like to play for a legend like Bill Belichick, but, thanks to Matt Cassel, we have an idea as to what makes the six-time Super Bowl winning head coach the absolute GOAT, and how he uses different motivational tactics to win lots of games.

You can read the full op-ed from Cassel over at NBC Sports/Boston’s website.