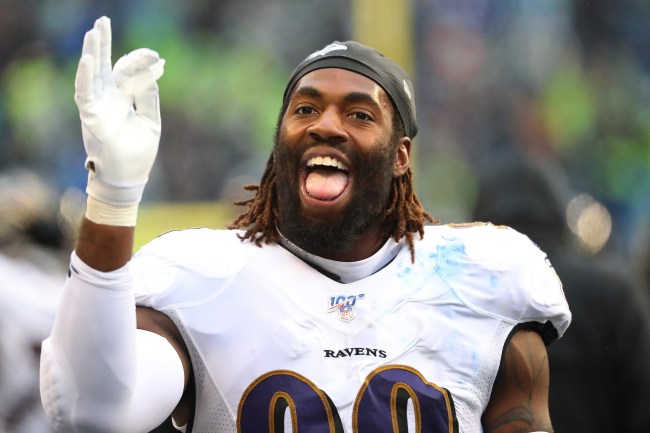 Matthew Judon, a fourth year linebacker out of Grand Valley State, was recently named one of the 12 Ravens players (an NFL record) to be named to this year’s Pro Bowl team.

The 27-year-old has a career-high 8.5 sacks along with three forced fumbles, which is only made sweeter considering it’s his contract year. (His game intro itself should have punched him a ticket to the Pro Bowl).

Ravens LB Matthew Judon with the best SNF intro ever.

So, how did Mr. Judon choose to celebrate the honor. QUIZ TIME.

A.) Having a BBQ with close friends and family
B.) Strip club
C.) Ruining the life of a less-successful random stranger
D.) Sex with a consenting woman

You didn’t have to look at the paper of the kid with the thickest glasses to guess that the answer is in fact C.

The Grand Valley State Twitter account recently announced its alum’s Pro Bowl honor, a man (@BleedBlueCoachT) chimed in with an entertaining anecdote about Judon being a dick to his ex-girlfriend.

@BleedBlueCoachT: [Judon] used to comment the thumbs down emoji on my ex-girlfriend’s instagram photos while she was at GV and I told him to eat a dick once. So ive told a Pro Bowler to EAD. Thats it, thats the story

Yes, killer response.  But what kind of Grade A Asshole comments a thumbs down on the photos of an impressionable college student? Maybe it was justified. Maybe he was pissed at her for actually eating his dick off and now he walks around the Ravens locker room dickless?

A lot of questions here, not a lot of answers.