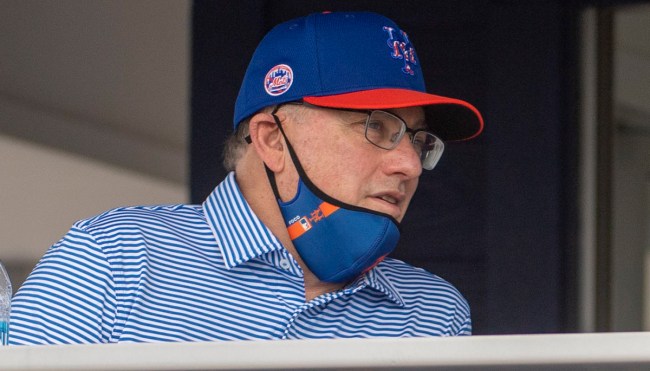 In 2020, fans of the New York Mets saw a decades-long nightmare finally come to an end when much-maligned owner (and Bernie Madoff victim) Fred Wilpon sold the franchise to hedge fund manager Steve Cohen for $2.4 billion.

The team may have not magically turned things around immediately after the transaction, but Cohen has still done what he can to get into the good graces of Mets supporters thanks in no small part to the transparency he’s brought to the table by frequently sharing his thoughts about the team on Twitter.

Shortly after the acquisition was finalized, Cohen invited Mets fans to hop into his mentions with suggestions about improving their rooting experience, and he hasn’t been shy about putting players on blast when they fail to live up to expectations.

On Wednesday, Cohen turned his attention to a new target who managed to attract his ire: the agent representing pitcher Steven Matz, who signed a four-year, $44 million deal with the Cardinals on Tuesday.

The left-handed starter was drafted by the organization in 2009 and played on its MLB squad for six seasons before he was traded to the Blue Jays in 2020, but it appeared Cohen was interested in bringing him back in free agency.

The team reportedly extended Matz a three-year offer earlier this week before St. Louis successfully poached him by upping that number to four, and it’s safe to say Cohen is not thrilled that the Icon Sports Management agent who was handling the negotiations didn’t give the Mets a chance to respond to an offer they were willing to match.

Mets are upset about the Matz situation and his last minute call to Cardinals. They had the impression he was going to come back to them for a final chance. Sources say Mets would have gone to that level ($44M, 4 years) https://t.co/IQb31i6Tvu

1/Just talked to Steve Cohen on the phone. He was angered that the Mets were pursued by Matz and his agent — not vice versa — and told the NYM were Matz's first choice, that there was unfinished business with the NYM and he wanted to return.

3/I can’t imagine what the agent was thinking in the context of how they reached out to us and the reasons they wanted to come back. I have ever had an agent do that before with me.”

Matz isn’t exactly a superstar, so it’s not like this development is going to make or break the Mets’ future. With that said, I can’t blame Cohen for being pissed off.