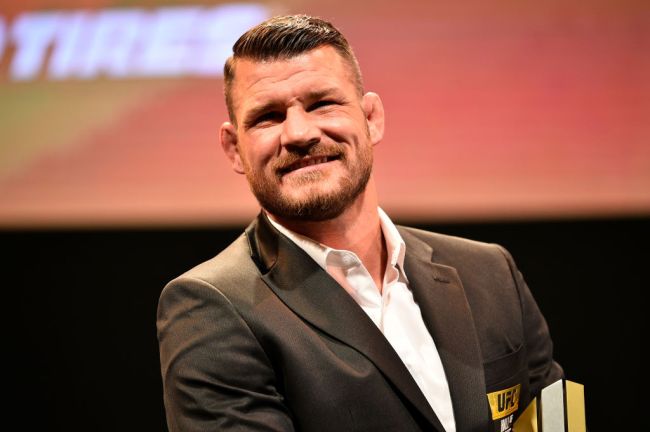 Yesterday, sports media dusted off its DoN’t MeSs WitH aN mMa FiGhTeR take after Bellator fighter was filmed teeing off a drunk and unsuspecting guy having more fun than him at a bar. It looked bad.

In his multi-post social media touchdown dance following the incident, Schilling found it necessary to conduct a moral colonoscopy on the victim to mold the narrative that vigilante justice was served by the Batman No One Asked For. Apparently the high from beating on a homeless dude wore off from last September. With Schilling’s two KOs against compromised civilians, that bumps his career record to a semi-respectable 6-6.

Michael Bisping doesn’t need a knock out a regional manager of Office Max to validate his existence. The former UFC Middleweight Champion took the complete opposite approach to someone who arguably deserved it more.

While filming on the some Bourbon Street shenanigans during his trip to New Orleans, the Manchester, England native was allegedly slugged in the face by someone we’ll call Pillow Hands.

was just assaulted 😂 guy got in my face for filming on a public street. I told him to go away and he punched me 😂was literally so soft I laughed at him,So funny that someone that acts so tough hits like such a bitch, I laughed and walked away. Man I’m mature these days 😂

Instead of ending the man’s existence, Bisping, now a retired father of three, laughed at the pathetic attempt to hurt him. And ultimately, this probably hurts more. Hate always stings less than indifference.

The UFC Hall of Famer then posted a screenshot of the alleged assailant, and miraculously, by the powers of the internet and Shapchat’s location sharing feature, the man was filmed hitting someone else in the face who doesn’t appear to see it coming.

This definitely the guy https://t.co/8tEZ5VLbE5

I enjoy a good KO video with the best of them, but the gap is just far too wide between professional fighter and civilian. Especially bumbling drunk ones. The more we frame the Schilling-esque altercations positively, the more meddling, clout-chasing MMA fighters will view it as a good business decision. And some doughy Cold Stone Creamery employee will eventually perish. Who wants that.