Michael Jordan’s Competitive AF, And It’s Just One Reason Why He Says He Could Never Get Into Coaching 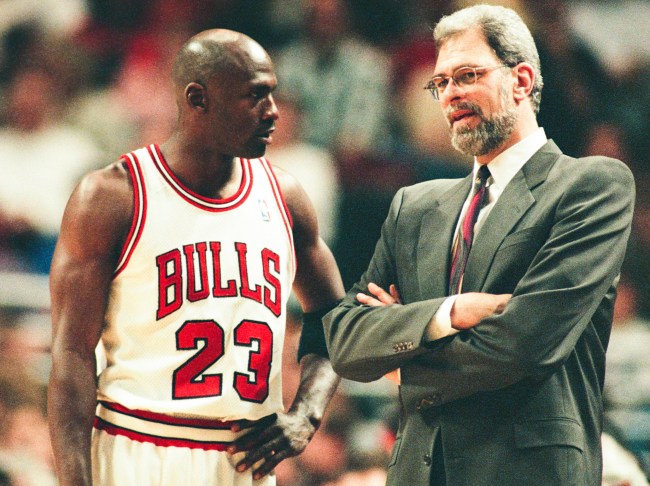 The level of Michael Jordan’s competitiveness is pretty much unmatched, as the six-time NBA champ and perennial GOAT even mentioned in The Last Dance documentary that he doesn’t have a gambling problem, he has a competition problem. Anybody who knows anything about MJ can definitely attest, as the dude has gone above and beyond to beat someone else at their own game. Hell, the dude even once flew to a Bulls practice after retiring to demolish a trash-talking rookie in one-on-one. That’s just insanity.

Given Jordan’s competitive nature, it would only seem natural to wonder if he’s ever had thoughts about coaching. When asked in a recent interview with Cigar Aficionado’s Marvin R. Shanken about that very topic, MJ was quick to shut down the idea, simply pointing to his competitiveness as one of the reasons why he doesn’t think he could ever coach basketball.

“I have no patience for coaching. My biggest problem from a competitive standpoint is the focus of today’s athlete and the focus where I saw the game, how I pursued the game — it changes and it’s totally different,” NBA icon Michael Jordan said.

“For me to ask an individual to focus on the game the way I played the game, in some ways would be unfair for that kid that would have to endure that. If he didn’t do it, there is no telling where my emotions would be. I don’t think I would have the patience for it. So in essence, coaching is something that I’ve never really felt I could do from an emotional standpoint because I’m much different and I have a different perception about things than what the kids do today.”

This makes total sense, given some of the stories about Michael Jordan berating teammates and basically bullying them into thinking the way he did during his playing days. Like most all-time greats, it’s not about the physical ability, but about having the mental fortitude, too, which is something Jordan had an advantage over pretty much everyone he ever went up against. That’s innate, and not something that can often be coached or taught. It worked during his NBA career because he was able to back it all up by walking the walk and outworking everybody, but it might not be well received by sensitive players if Jordan were a coach.

Jordan’s expectations for himself is what drives him. It’s what made him play with a chip on his shoulder. It’s what he used as fuel to prove people wrong after that singular moment of getting cut by his high school hoops team. That’s led to his success in both basketball and business — and wouldn’t be easily taught to players if he ever got into coaching.

Michael Jordan’s response to the question of coaching sort of echoes Peyton Manning’s, with the iconic quarterback once saying it doesn’t appeal to him because it takes special skills to be successful. Manning and Jordan had those special skills as a player. But they were self-driven who pushed themselves to the limit, and may have lacked the necessary patience and communication to be great in coaching.