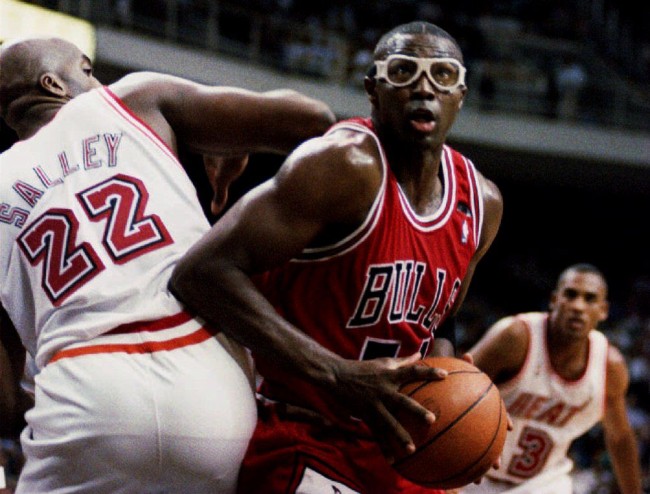 Horace Grant wasn’t a star during his 17 years in the NBA, but he latched onto the right teams in order to finish his career with four NBA titles as a solid role player, making him an X-factor for teams like the Chicago Bulls, Orlando Magic and Los Angeles Lakers. While the power forward proved his worth for those franchises, he also developed chemistry with his better-known teammates like Michael Jordan, Scottie Pippen, Shaquille O’Neal and Kobe Bryant during those championship runs — which arms him with tons of interesting stories.

As a member of the Chicago Bulls during the team’s first three-peat in the ’90s, Horace Grant got the chance to play alongside peak Michael Jordan, with the GOAT leaving more than just a little impression. In fact, Grant described ways in which MJ would gain a psychological edge over opponents before games even started, saying he’d strategically talk to them and see if they were playful or all business.

Talking to HOT 97 recently, Grant broke down Jordan’s philosophy, adding that opposing players who joked around would basically be defeated, while the more serious opponents at least stood a fighter’s chance against the then-dominant Bulls. Take a look at how Grant described it below.

“Scottie and I used to stand on the sideline when MJ went out to halfcourt. If we see the captains of the other team shake his hand and smile and laugh, we know we had that game. Because, they’re having fun with MJ, but we knew MJ was thinking about putting the boot on your throat.”

If there’s one thing all of us know about Michael Jordan, it’s that he took no prisoners. Every single move of his was calculated on the basketball court — from the wild ways he found motivation for himself to his trash-talk to get into other players’ heads — so this Horace Grant story echos that. And, of course, it just adds to the legacy of MJ.

You can see the full interview with Grant on HOT 97 below.

With ESPN announcing that the 10-part documentary about Jordan and the Bulls entitled The Last Dance is releasing in April as opposed to June, here’s to hoping we hear more wild ways that the team dominated opponents before the opening tip happened. Something tells me we’ll get plenty of them.