Michael Jordan Almost Signed A Shoe Deal With Spot-Bilt Instead Of Nike Thanks To O.J. Simpson 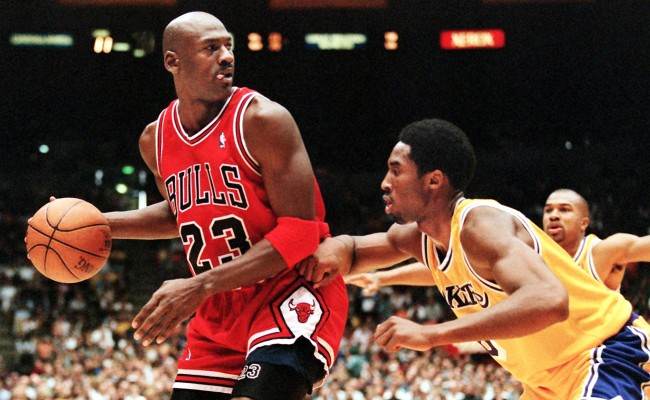 Back in the day before there were new sneakers released on a daily basis there were a lot more athletic shoe companies than there are now vying for a piece of the market.

Another one of those sneaker companies looking to make a splash with athletes back in the mid-1980s was Hyde Athletic Industries. Who?

Hyde Athletic Industries was the name of the company that produced shoes under the Saucony, PF Flyers, and Spot-Bilt brands.

The Spot-Bilt brand at that time had its own athlete spokesman and his name was O.J. Simpson.

It was O.J. Simpson that almost caused a seismic change in sneaker history, according to Jason Hehir, the executive director of The Last Dance.

During a recent interview with Jalen & Jacoby, Hehir told one hell of a story, one that I dare say most of us have never heard before.

“Spot-Bilt, you remember them?” asked Hehir. “They matched [Nike’s] offer. Michael Jordan came this close to being with Spot-Bilt because the spokesman at the time was another athlete who had broken, transcended some racial bounds, it’s a guy by the name of O.J. Simpson.

“He said to the guys at Spot-Bilt: ‘The kid out of Carolina is the next me. Go get him.’ So they matched Nike’s offer, but they couldn’t match the marketing. They couldn’t promise David Falk that they could market Michael the way that Nike would. And that ultimately is what put that deal over the top, financially, for them.”

As we learned in the ESPN documentary series The Last Dance, if Michael Jordan had gotten his way he would have been wearing adidas when he suited up as a pro with the Chicago Bulls.

“The other thing that I think is funny is that Michael after all this roundabout negotiations and mom and dad saying this (the Nike deal) is the best deal you’re going to get, he still called adidas and said ‘Are you sure?’” Hehir added. “And they said no.”

Luckily for Nike, his parents made him go visit them in Oregon, stayed in Michael’s ear, and the rest is sneaker history.