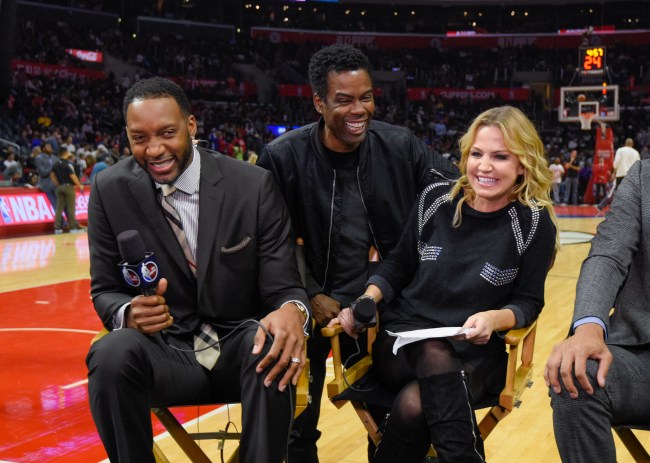 Michelle Beadle’s career at ESPN is “in peril” according to a new report by Andrew Marchand of the New York Post, who claims sources told him that outside of ESPN’s NBA Countdown, the host phones it in on other responsibilities within the network.

Beadle is getting paid $5 million a year in a time when ESPN is penny pinching, and the network’s top brass is reportedly becoming increasingly impatient with Beadle’s failure to promote the program on outside venues and essentially being a no-show on the morning show “Get Up!” This has branded her as a “bad teammate” and put her position in jeopardy.

Sports by Brooks reported last week that Beadle, Chauncey Billups and Paul Pierce are expected to be replaced from “NBA Countdown,” with Jalen Rose being the only survivor, but given Beadle’s chunky salary, it would make more sense to keep her hosting the popular NBA Countdown.

ESPN’s response to that report:

These aren’t the first reports to circulate about ESPN big wigs being unsatisfied with Beadle’s off-camera behavior. Back in April, it was reported that “factions in Bristol not enamored with the program’s host.”

In related news, we’re coming up on one year since Beadle went full scorched earth on Kawhi Leonard, calling him an “obnoxious diva.”