Mike Tyson’s Latest Boxing Workout Video Is So Beast, Even Jon Jones Is In Awe 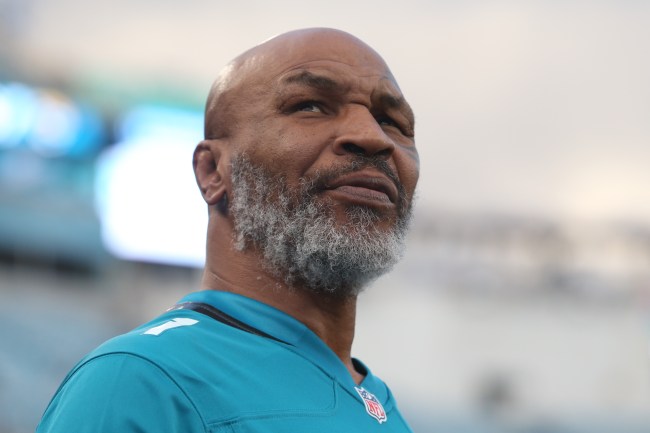 In January, Mike Tyson appeared on the Joe Rogan Experience podcast, ego-less, passive, and eager to distance himself from the aggressive man the public grew to admire. He announced that he and his buddies smoke about $40,000 worth of weed every month at Tyson Ranch, a 418-acre plot of land in California that caters specifically to marijuana enthusiasts.

Tyson physically revolted at the thought of returning to the sport that made him famous, but just a month later, the former undisputed world heavyweight champion sang a different tune to Sugar Ray Leonard on Tyson’s  Hotboxin’ podcast:

“That’s why they feared me when I was in the ring, I was an annihilator. It’s all I was born for. Now those days are gone, it’s empty, I’m nothing. I’m working on the art of humbleness. That’s the reason I’m crying because I’m not that person no more, and I miss him. Because sometimes I feel like a bitch.”

The tides have shifted for the 53-year-old legend, and he’s been training like the 20-year-old he was when he became the youngest boxer to win a heavyweight title in an effort to go to “war” again. Tyson was recently offered $20 million to fight UFC legend Wanderlie Silva.

If this fight comes to fruition, it appears Iron Mike will be ready.

I think I have to buy these Smart Cups now, whatever the hell they are.

Tyson’s daily workout routine typically consists of a 4 mile run in the wee hours of the morning, followed by the below exercises scattered throughout the day.

And we haven’t even entered the ring yet.