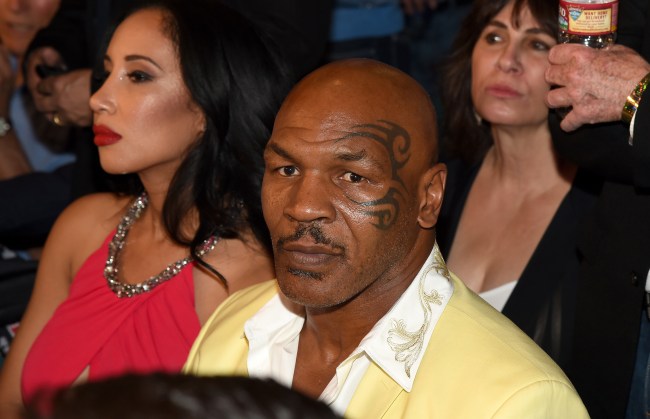 When I have a child and I force him to do a school project on the best boxers of all-time, he’ll likely be fooled into thinking Floyd Mayweather is the greatest of all-time. Mayweather retired a perfect 49-0, equaling Rocky Marciano’s record, and has raked in more money than any athlete of his time. That bastard child might gloss over the boxing and cultural icon that is Muhammad Ali, as The People’s Champion finished 56-5 and the greatness of baddest ma’fucker to ever live, as Tyson finished his career 50-6.

Floyd has had a stellar career, as if he needs to be reminded, and the 40-year-old told ESPN that judging by his fight records, he’s the best fighter of all time. In the past, Mayweather has praised Ali for being a “legend” and paving the way for him as a fighter, but in true Mayweather fashion threw in a jab about Ali losing his world title to a fighter with only seven fights.

Mayweather’s divine confidence was put in check by Mike Tyson when he was asked about Mayweather’s claims. His response was oddly poetic, as most of Tyson’s thoughts are.

Mike Tyson was asked his thoughts on Floyd Mayweather believing he is greater than Muhammad Ali. Mikes response was outstanding. pic.twitter.com/IfxK6M2SA5

Here’s the transcript of Tyson’s words if you’re in your cube pretending to do work:

The answer to this question is obviously a fruitless endeavor, but as sports fans, its fun to torture ourselves with hypothetical scenarios that can not and will not ever be settled.