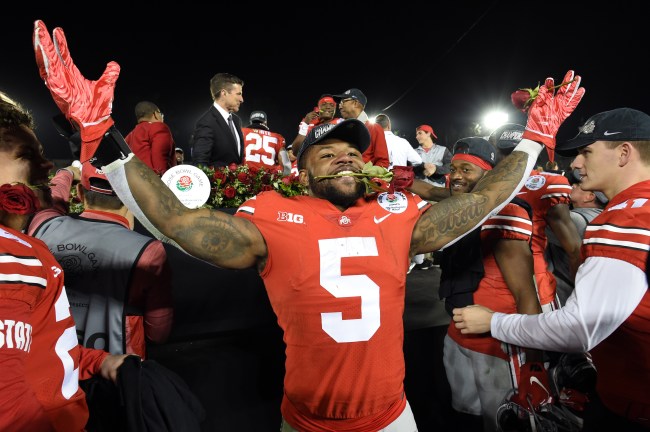 One month ago, to commemorate the franchise’s first Super Bowl title in 50 years, every member of the Kansas City Chiefs organization was gifted rings that feature 255 diamonds, 36 rubies, and an array of personalized touches.

Andy Reid, on brand, announced his plan to wear the ring on special occasions or if he wants a “free cheeseburger.”

Former Ohio State running back Mike Weber, who was on the Chiefs practice squad during the tail end of their title run, has treated his ring as one would if he got divorced.

The 23-year-old was cut in May and his ring has since popped up on Goldin Auctions, with a starting bid of $35,000. At the time of this writing, seven people have bid on the item, with the highest bid clocking in at $65,000. Goldin claims the ring could easily fetch six-figures.

To throw something as sacred as a Super Bowl ring on the finger of a rich stranger a month after receiving it may seem a little unreasonable, but when you consider Mike Weber’s situation, it’s hard to see how he waited this long.

Weber spent mere weeks with the Chiefs and signed a one-year deal worth $610,000 last season. He is now without a job in the NFL after the Chiefs re-signed him shortly after the Super Bowl only to release him after they picked up Clyde Edwards-Halaire in the draft.

These times are a struggle for many Americans, Mike Weber’s no different. I’d probably sell my dog for a six-figure payday.