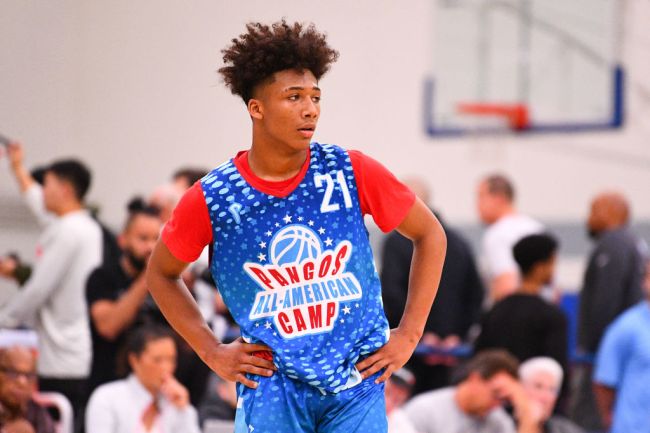 It took (more than) a few decades too many, but the United States has finally embraced the idea of amateur athletes profiting from their names, images and likenesses. The NCAA passed legislation at the beginning of the month surrounding NIL and collegiate athletes are finally able to cash in on their social media followings, appearance fees and endorsement deals.

Some athletes, like Alabama sophomore quarterback Bryce Young, are nearing $1 million in compensation. Entire teams are even getting deals.

The unprecedented environment that is NIL is something of the Wild, Wild West at the moment. Nobody has a standard to go off of and both brands and athletes alike are navigating the new way of doing things without precedent.

NIL took another step forward on Thursday when the first high school athlete signed a deal with Excel Sports Management that could generate millions of dollars.

Who is Mikey Williams?

17-year-old Mikey Williams is a five-star shooting guard in the Class of 2023. He already has offers from USC, San Diego State, Memphis, Kansas and Arizona State, among others.

The No. 5 overall player in his recruiting class is not eligible for the NBA Draft until 2024 but that hasn’t stopped him from collecting a paycheck. He has more than 3.2 million followers on his Instagram profile and more than 5 million followers across all of his social platforms.

What does the deal do?

Williams doesn’t necessarily receive direct compensation for signing with Excel. There may be (unreported) perks to joining the management group, but it’s bigger than that.

By joining Excel Sports, the company will help Williams find deals with other companies who want to use his NIL to promote their brands. This includes a potential major shoe deal.

He is the first high school prospect unaffiliated with a college program who can generate the revenue that Williams is close to discovering.

“The NIL rules provide a new opportunity for someone like me who has put in so much energy and effort into building a community,” Williams said in a statement to ESPN. “I am excited to be the first high school athlete to make this move. I love to hoop and I love engaging with my fans and look forward to continuing to share my journey with everyone.”

Williams, at 17 years old, could be — and likely will be — a millionaire by the time he reaches college. Crazy.