Believe It Or Not, Hue Jackson Apparently Saved The Browns From Drafting Mitchell Trubisky No. 1 Overall In 2017 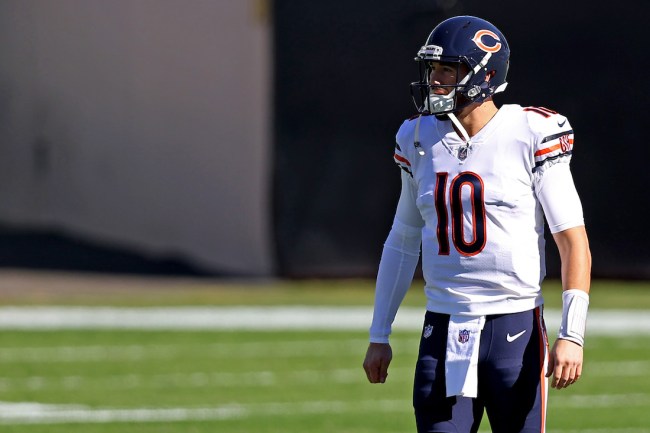 There was so much hype surrounding Mitchell Trubisky leading up to the 2017 NFL Draft that the former North Carolina product ended up being selected No. 2 overall by the Chicago Bears. While that was a surprise at the time — especially given the quarterback’s limited amount of experience while in college — the decision ended up failing in the end, with the Bears and Trubisky going separate ways this NFL offseason after an underwhelming four seasons together.

But could the Bears’ mistake had been saved by the Cleveland Browns back during that NFL Draft four years ago? According to the Browns’ former head coach Hue Jackson, it nearly happened.

Recently talking to NFL insider Mike Silver on the Pass it Down podcast, Jackson told a story about how Cleveland’s front office was absolutely enamored with Mitchell Trubisky in 2017 — who is a local kid who played his high school ball in Northeastern Ohio — and that it took the head coach to campaign against the team drafting the quarterback No. 1 overall in favor of defensive stud Myles Garrett. Take a look below at Jackson’s claim.

“At the time, there was divide between who should be the first pick,” Jackson said. “I wanted Myles Garrett and I’m an offensive coach. I didn’t think there was a quarterback worth being the first pick in the draft.”

“I was lock and barrel on Myles Garrett,” he said. “But there were others that were lock and barrel on Mitchell Trubisky and me being a quarterback guy, I did not want that. I liked Mitchell, but I didn’t think he was the first pick of the draft at quarterback. There were some rumblings about that and I think everybody knew that. There was truly divide. But the day of the draft, we obviously ended up picking Myles and rightfully so.”

Before the 2017 draft, then-Browns coach @huejack10 was dug in on Myles Garrett as the No. 1 overall pick. The front office wanted Mitchell Trubisky. He took extreme measures to plead his case. From Ep. 45 of the Pass It Down podcast, with @fatnatsilver… pic.twitter.com/Fmkr8NBOJb

For all the failures that Hue Jackson had as the head coach of the Browns — which included a pathetic 3-36-1 overall record and the distinction of going 0-16 during that 2017 season — the dude may have actually saved the entire franchise from making a gigantic mistake by drafting Mitchell Trubisky No. 1 overall in that 2017 NFL Draft. Talk about dodging a bullet.

Now, who knows if the Browns really wanted to draft Trubisky, or if it was just smoke and mirrors to play some psychological games with other teams prior to the NFL Draft? But the team’s track record for quarterbacks prior to Baker Mayfield being drafted in 2018 was… well, dismal.

Considering it’s been Hue Jackson’s mission to expose the Browns since he was fired midway through the 2018 NFL season, this story has to be taken with a grain of salt. Sure, he may have campaigned for Myles Garrett over Mitchell Trubisky, but he’s also completely bashed the Cleveland organization for the past couple of years, so this may just be his latest attempt at belittling the franchise. Guess we’ll never know?