Three Must-Have NFL Players To Draft In Your Daily Fantasy Lineup In Week 15, According To A DFS Expert 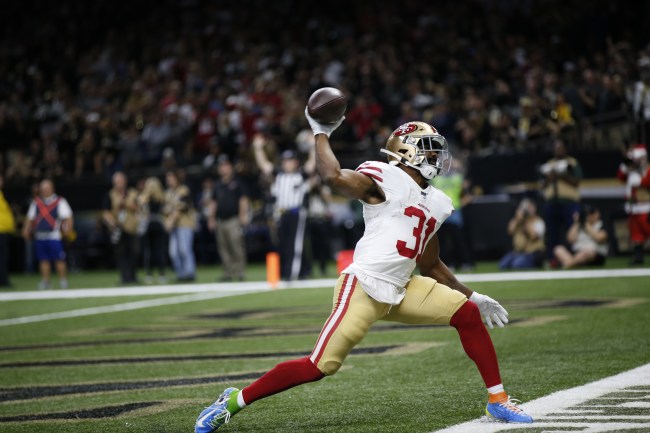 Here we are with three weeks left in the NFL regular season, and the fantasy playoffs are already a week into it. For most of us, we are left in the cold again, so let’s figure out how to get some of that cash back, by winning on DraftKing’s this week. Let’s take a look at three players we are looking at building our rosters around.

QB Kyler Murray AZ $5600
Kyler is coming off two sub par games in a row, but I think this is a prime spot to bounce back. Facing two tough defenses the last two weeks, he gets an average Browns defense who is obviously missing their best pass rusher in Myles Garrett. Murray is the 20th most expensive QB on the slate, I love this price for him. He’s going to allow me to spend up at other positions, and he’s always got a good floor and a high ceiling because of his rushing ability.

RB Raheem Mostert SF $5200
Coming off a big game last week Mostert is in a great spot facing a terrible Falcons defense. If we look at the coach speak this week, the 49ers coach spoke about how Mostert has more or less, left them no choice but to make him the focal point of the rushing attack. Coming off two consecutive great games, I fully expect Mostert to have another this week, at a very reasonable price.

WR Dede Westbrook JAX $4600
DJ Chark is most likely going to miss this week, opening up quite a few targets in the Jaguar’s offense. Westbrook was already one of Gardner Minshew’s favorite targets. With Chark out, I fully expect Westbrook to be peppered with looks this week, against a mediocre at best Oakland secondary. At only $4600 Westbrook has a high ceiling this week.

Good luck and see you at the top of the leaderboards!