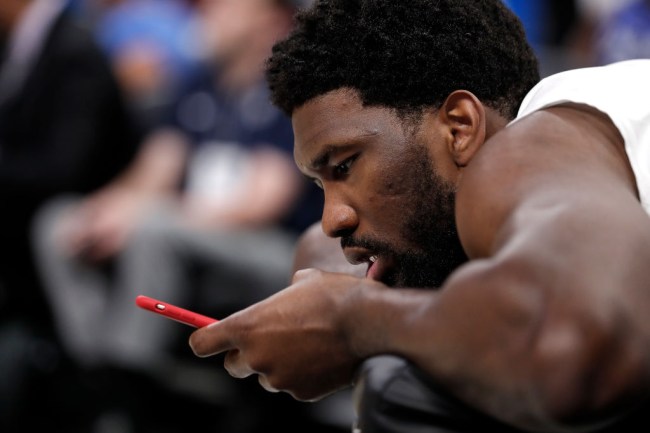 The NBA has done everything in its power to keep the multimillionaires that have been provided with an all-expenses-paid stay at Walt Disney World Resorts to finish out the remainder of the season inside the bubble it constructed there as happy as possible. Some players were less than thrilled with the lodging that greeted them and the food that was sent to their room upon arriving but it seems like most guys are making the best of a bizarre situation with the help of some of the truly absurd purchases they’ve had delivered to make their time there a bit more bearable.

Players have access to a wide variety of entertainment options to keep themselves distracted but there’s one very notable recreational activity that most professional athletes are accustomed to routinely engaging in that’s been off the table since they entered the bubble. Before teams converged in Orlando, Stephen A. Smith said he had concerns about guys potentially violating protocol for the nookie, and while Lou Williams might want you to believe he only visited a strip club while on personal leave for the wings, other accounts make it seem like he may have succumbed to some other temptations while there that involved a blatant disregard for social distancing.

In an attempt to keep the environment as secure as possible, the NBA announced players wouldn’t be permitted to invite guests inside the bubble until after the first round of the playoffs. However, that hasn’t stopped at least one player from extending an invite to an Instagram model and there are rumors that a disproportionate number of extremely attractive “massage therapists” have been routinely entering the confines to give players, um, stress relief.

If the NBA does indeed determine it’s safe to allow outsiders inside once the playoff picture is narrowed down to eight teams, some players may still have to deal with a roadblock that appeared in a recent memo. According to Adrian Wojnarowski, one condition mandates guests must have previously met the person who invited them in real life, meaning anyone who has only interacted with a player in the DMs they slid into won’t be eligible to get flown down to Florida.

Here's who isn't eligible to come into The Bubble as a guest, per memo: "Any individual the player has not previously met in person or with whom the player has had limited in-person interactions. (For example)… known by the player only through social media or an intermediary."

At least these guys have plenty of free time to devour Photoshop tutorials over the next few weeks.