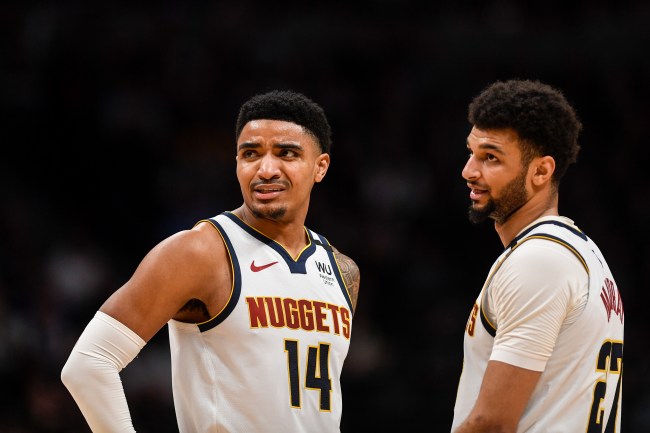 The NBA is back, baby… well, almost.

As 22 teams return to action prepping for next week’s restart to the 2019-20 season, each has found a nice little home inside the NBA bubble. Essentially, the whole thing seems like an AAU Tournament for adults, with each team sharing a floor at a resort in Orlando, while having crazy perks like barbershops, absolutely A+ players’ lounges and plenty more. Welcome to summer camp, basketball millionaires!

To shake off any rust that may have formed over the past 4.5 months since the NBA suspended its season due to the ongoing pandemic, naturally, teams are playing exhibition games, hoping to rediscover their on-court chemistry. While it’ll be awesome (but weird) to watch meaningful basketball games again, there seems to be a few kinks that still need to be worked out to really bring to life the entire experience.

Case in point? This little blunder during the Nuggets-Wizards game, where a forced “Let’s go Nuggets” chant was played over the PA system to try and enhance the game-day feel for players on the floor. Needless to say, it missed its hopeful goal.

Welcome to our reality, guys, a dystopian NBA season where fans are absent, any sense of a tense atmosphere is gone, and player emotions are probably not quite as high as they would be in a real game. Given the fact this was an exhibition game, it’s good that the league’s trying to iron out some of the wrinkles. Still, plenty of people on Twitter couldn’t help but laugh at the pathetic attempt to pump noise into the arena.

Might be the most depressing "Let's go Nuggets" chant in team history pic.twitter.com/G0YkKkl2g5

How was this supposed to work lmao

Look, things are sure to be a little weird with this new normal of NBA basketball that we’re about to see. And, while I’m personally stoked AF about the league coming back — and really believe it’ll be like March Madness on steroids for 2.5 months — no fan should expect the drama that we typically get in a hoops season. So this whole idea of pumping NBA 2K sounds into the PA probably should just be tossed into the garbage; because it’s pretty tacky.