The NBA Will Reportedly Televise The All-Star Draft, So Prepare For Peak Pettiness 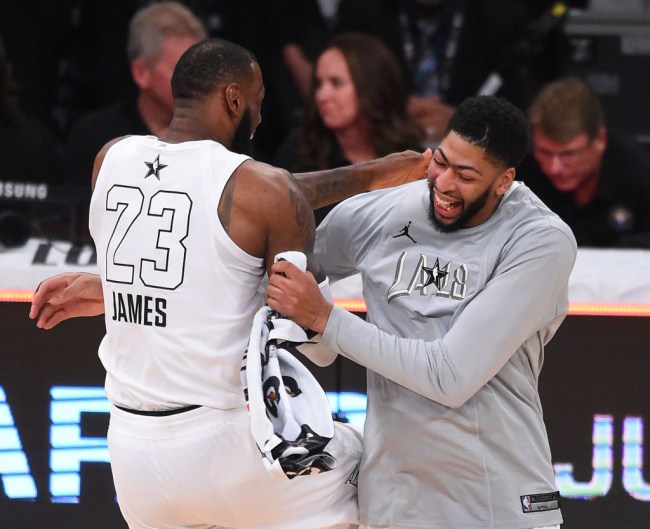 For those critics who claim that the NBA has transformed into the pettiest league in professional sports, buckle up, because this is just the tip of the iceberg. According to Marc Stein of the New York Times, the NBA and the Players’ Union have agreed to televise the NBA All-Star Draft in late January.

As a reminder, last season the league changed the All-Star format to a simple East vs. West template to a draft, much like the ones we engaged in during middle school recess. The five starters from the Eastern and Western Conferences continue to be selected through fan balloting, with the leading vote-getting in each conference choosing the remaining 11 players on his squad, no matter the conference.

Marc Stein also reported in January that some people in the players union were against the idea of putting the draft on television. The NBA “did not want to risk embarrassing the last player chosen—or anyone else,” according to Stein.

“When we sat with the union and we came up with this format, we all agreed, let’s not turn something that’s 100 percent positive into a potential negative to any player.

“But then, maybe we’re overly conservative because then we came out of there, and the players were: ‘We can take it. We’re All-Stars. Let’s have a draft.’ So it sounds like we’re going to have a televised draft next year.”

Yo @StephenCurry30 that was fun!! Definitely should’ve been televised. 🤷🏾‍♂️ #AllStarDraft⭐️

One incredible moment we could all be witness to:

If Joel Embiid continues his dominant season and ends up garnering the most votes out of the East (a real possibility) and his nemesis Andre Drummond backs his way into another All-Star game, we could potentially get a scenario where Drummond is the last one on the board and Embiid is like “Nah, I’m good.”

I hope in 2020, the NBA implements a rule that after the captains choose a player, they have to name one flaw in everyone’s game they didn’t choose. Lets turn this bitch into a reality show.