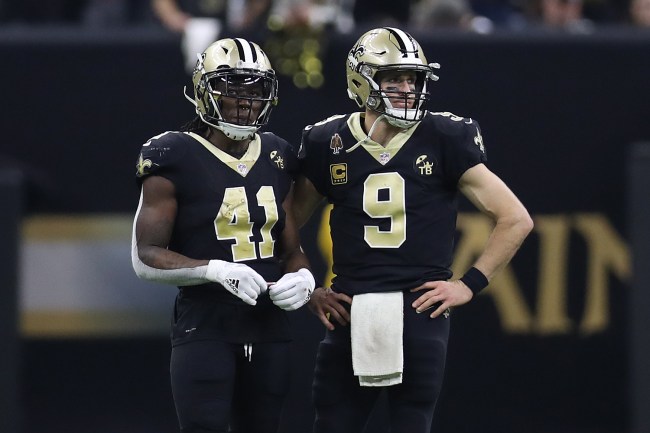 The New Orleans Saints and their fans are really taking this whole NFC Championship Game loss rough. After not getting that blatant pass interference call late in the 4th quarter against the Los Angeles Rams — which basically would’ve iced the game and, presumably, sent the Saints to Super Bowl LIII — we’ve heard of wild fan theories, petitions and even a f*cking lawsuit. Now you can add a funeral to that list of things Saints fans are doing.

That’s because, according to FOX News, a restaurant in Memphis called The Second Line — which is known for serving up Louisiana-inspired food — is holding a funeral service for the New Orleans Saints, saying it’s due to the “grossly negligent homicide” by the NFL over the missed call in the NFC Championship Game. Talk about next level sh*t, huh?

Here’s what the restaurant’s head chef and owner, Kelly English, posted to Facebook about the event, which is going on this Sunday.

The report from FOX News also mentions that English was born and raised in Louisiana, which is why he felt compelled to host the event. He added that a lot of people in the Memphis area are Saints fans, and that the idea came when he and a buddy jokingly thought a “funeral” would be an appropriate way to handle the loss.

Here’s what he had to add, via FOX News:

“I grew up in New Orleans — a Saints fan, of course,” English tells Fox News, adding that he moved to Memphis years ago to open up Restaurant Iris, and later The Second Line just next door.

“We’ve never seen a call as egregious as what we saw,” laughed English. “It just seemed like a really fitting idea, and just as equally ridiculous as the [call].”

There have been plenty of bad losses in sports history, but one that feels like you’ve been robbed by referees has to be the worst way to lose — especially when the missed call was so obvious by everyone else, even in a Madden simulation. RIP, New Orleans Saints, because you really were murdered by the NFL here.