The NFL Schedule’s A Mess And, Per Report, Could Get Even Crazier As This Dysfunctional Season Continues 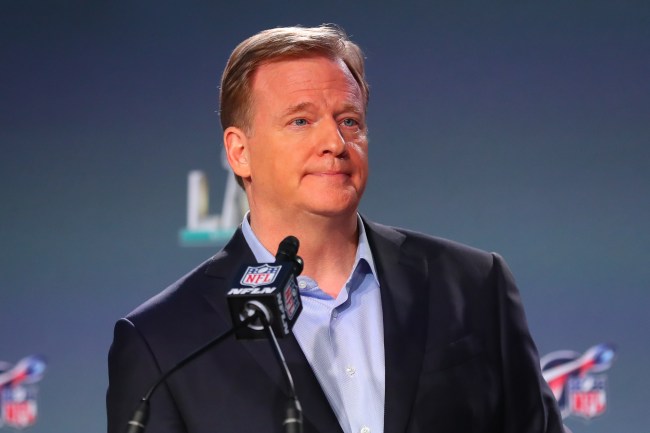 The NFL schedule might say it’s Week 5, but, sheesh, does it not feel like we’re already halfway through the season given all that’s gone on? From horrible injuries to star players like Dak Prescott to the COVID-19 outbreaks on several teams to the nonstop rescheduling of games, this truly is the most dysfunctional and most unpredictable regular season ever — and, guess what, it’s probably going to get even weirder.

Look, I’m an optimist who’d like to think things will go smoothly and the NFL schedule will be played as close to its original plan as possible. Problem is, we’re not yet into the thick of the fall or winter (when flu season comes), so it’s almost inevitable that the league’s going to see an uptick in positive COVID-19 cases and will have to keep adapting on the fly. That’s not necessarily where the league wants to be at, but here we are.

It all starts with the fact that Commissioner Roger Goodell, other league execs and team owners just didn’t have a good plan heading into the regular season. They kept touting time being on their side from March on, yet, it’s now Week 5, and we’re still not seeing a real plan when it comes to dealing with this pandemic. Like, at this point, would anybody be shocked if the Super Bowl’s played in March in an empty stadium? I’m honestly thinking that’s where we’re headed — and I’m probably not the only one.

After this weekend jus pause the league for a week or 2 and figure this out then resume. If super bowl is in March so be it. Let’s finish this season

Some teams have already played five games. Some have seen their games moved all around the calendar. And one team, the Tennessee Titans, have only played three games — with their fourth game of the season, set to be played Tuesday, still in doubt because of a recent positive test from someone on the coaching staff over the weekend. What. A. Mess.

Given all the changes to the NFL schedule already, it’s no surprise that the league might finally stop being ignorant about all of this and start, you know, actually start planning ahead. According to longtime NFL reporter Michael Silver, in order to successfully complete the regular season, the league could now expand it to 18 or even 19 weeks, meaning the Pro Bowl could be cancelled and the Super Bowl could be played one week after conference championship games; instead of two weeks after as normal.

2) Instead, Broncos-Patriots was moved to next Sunday… and a contingency plan involving eight games, eight teams and six switched bye weeks was implemented. However, once a team that's already had its bye can't play in a given week, Week 18 will likely become a reality…

4) In a Week 18 scenario, the league would likely only play those games if they had a significant impact on the playoffs. It's possible that if the game was, say, to decide whether a team was the 5th or 7th seed, the NFL would elect not to play it…

6) So, what would this mean for the postseason? It could be delayed, obviously. The league could save a week by deciding to cancel the Pro Bowl and play the Super Bowl one week after the conference championship games (which has been done before)…

8) Bottom line: Expect at least one week to be added to the regular season, and that alone may not solve the problem. The goal remains for each team to play 16 regular season games–8 home, 8 away–but that, too, could fall by the wayside as things evolve.

There’s a helluva lot to unpack there from Silver, but the bottom line is this: Expect the NFL schedule to continue to change as the regular season goes on. While it’d be smarter for the league to announce a definitive plan and say there will be 19 weeks to get 16 regular season games in for each team — which allows leeway — that would be, you know, too smart for Goodell and his cronies to do. Instead, players will be forced to adapt on the fly, which is absolutely unfair.

Everybody wants this season to run safely and smoothly, while still trying to keep the traditions of the league. But it’s time for the NFL to accept the fact that this isn’t a normal season, and that giving itself more weeks for teams to play 16 games is the way to go — even if it means ditching the Pro Bowl and pushing the Super Bowl into late-February or later. It doesn’t sound like Goodell’s ready to outright say that, though, so everyone’s just left with uncertainty from week to week.